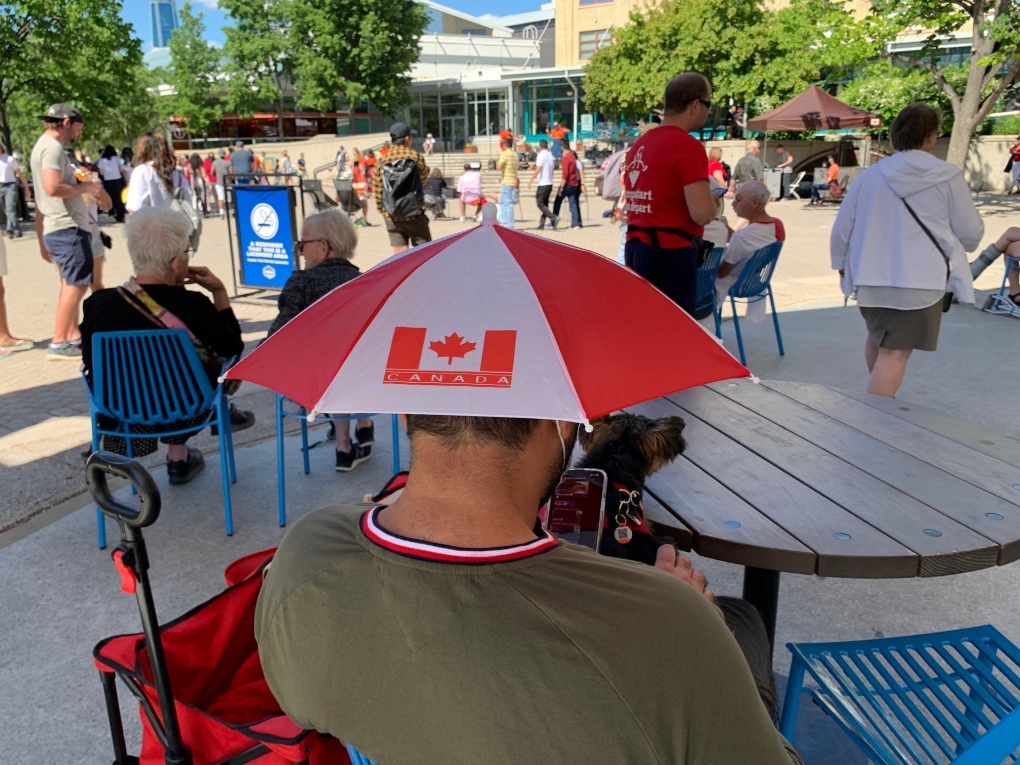 The Forks ‘New Day’ celebrations saw more people come down to celebrate on July 1 than the year before, but attendance levels came nowhere near pre-pandemic levels, according to a spokesperson.

The historic site hosted a reimagined approach to Canada Day on Friday, aiming to “provide a welcoming space for all communities in the wake of discoveries of unmarked graves at residential school sites across the country last year.” Those plans drew criticism from some public figures, including former federal cabinet minister Lloyd Axworthy and current mayoral candidate Jenny Motkaluk.

In an email to CTV News Winnipeg, a spokesperson for The Forks says while exact attendance is difficult to measure, some 22,000 people entered the Forks Market on Canada Day. That’s more than double the 10,000 people who attended in 2021. However, pre-pandemic, in 2019, attendance was nearly 50,000.

The Forks says overall the day was positive, despite a stabbing incident around 10:30 p.m. near the Canadian Museum for Human Rights. A spokesperson said attendees wearing red shirts were sitting alongside those wearing orange, finding common ground and space for reflection. They called it “a beautiful example of our communities coming together.”

A year after the Taliban seized control of Kabul, Canada's resettlement efforts have lagged behind official targets and the efforts to help those fleeing the war in Ukraine. More than 17,300 Afghans have arrived in Canada since last August compared to 71,800 Ukrainians who have come to Canada in 2022 alone.

The Taliban on Monday marked a year since they seized the Afghan capital of Kabul, a rapid takeover that triggered a hasty escape of the nation's Western-backed leaders, sent the economy into a tailspin and fundamentally transformed the country.

An Iranian government official denied on Monday that Tehran was involved in the assault on author Salman Rushdie, though he justified the stabbing in remarks that represented the Islamic Republic's first public comments on the attack.

Why has polio been found in London, New York and Jerusalem, and how dangerous is it?

Polio, a deadly disease that used to paralyze tens of thousands of children every year, is spreading in London, New York and Jerusalem for the first time in decades, spurring catch-up vaccination campaigns.