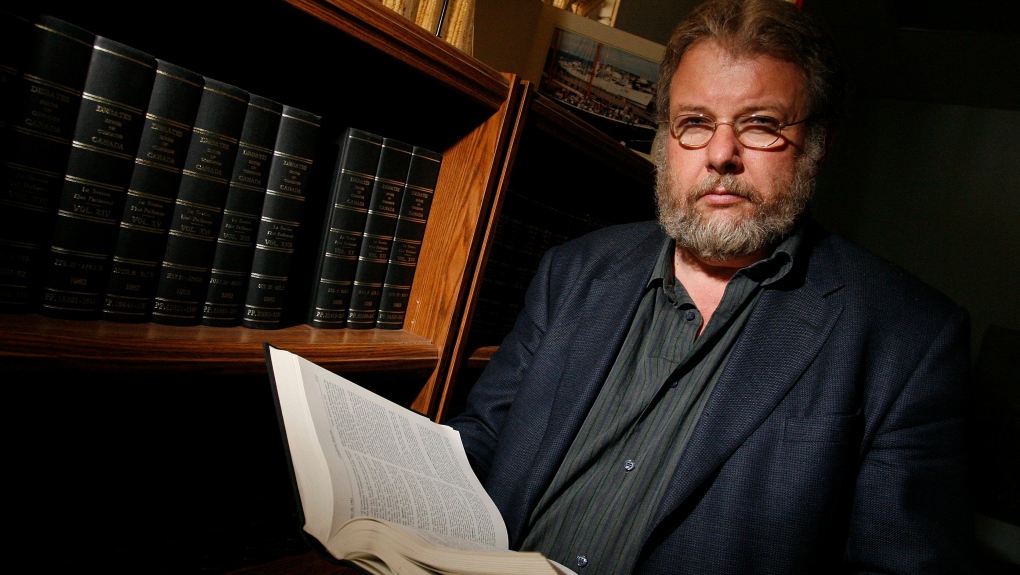 Bill Blaikie, MP for Transcona, is photographed in his Winnipeg constituency office Thursday, March 15, 2007 with books that contain every parliamentary debate since he started in federal politics twenty eight years ago. Blaikie, the longest running MP at 28 years, announced today that he will not be seeking re-election in the next federal elections. (CP PHOTO/John Woods) CANADA

The family of retired politician Bill Blaikie says he has died after a battle with cancer.

In a statement from the Blaikie Family posted on Facebook page Saturday, the family confirmed Blaikie died at his home early Saturday.

"It is difficult to express in words our grief, as well as our gratitude for all the love, wisdom and fun he shared with us over the years," the statement reads. "Street-side pipers, food, flowers and especially stories of how Bill inspired and entertained people over the years were a comfort to him and us in his final days."

Blaikie, a well-known MP who served from 1979 to 2008 and MLA from 2009 to 2011, had announced posted on his Facebook page this week that he was entering the final stages of his battle with kidney cancer and would be entering palliative care.

Blaikie was appointed to the Order of Canada in 2020 for his, "lifelong contributions to parliamentary service, and for his steadfast commitment to progressive change and social activism."

Blaikie previously noted he was initially minimally impeded in his daily life until he lost his leg in 2020, which made his life very challenging since.

The family said Blaikie passed away in the presence of his wife Brenda. They said a full obituary and details of his funeral will be released in the coming days.

Pockets of shelling erupt across Ukraine as wintry warfare looms

Canada must secure at least one point against Croatia to stay alive in the tournament and four-time champion Germany looks to rebound against Spain. Belgium is playing Morocco after Costa Rica defeated Japan.

Viewing parties are planned across the country today as soccer fans gear up to watch Canada's World Cup match against Croatia -- a do-or-die game for the team in its first tournament appearance in 36 years.

Airbnb has a plan to fix cleaning fees

Pretty much everyone hates Airbnb cleaning fees -- those pesky charges tacked on to your vacation rental bill that supposedly cover the costs to get the place ready for the next visitors. Travelers don't like the expense, and hosts don't like charging them, either.