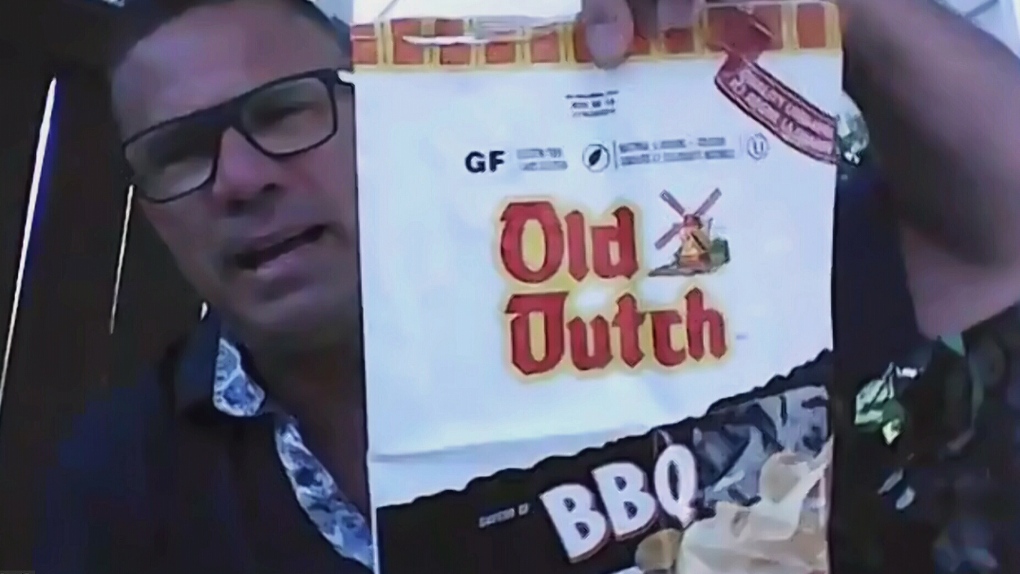 WINNIPEG -- A Calgary man says he found an unwelcome and dangerous surprise in a brand new bag of chips after he crunched down on a thumbtack that was inside the snack.

Dave Bayrack told CTV News he had been visiting Winnipeg in early August and had bought a bag of Old Dutch BBQ chips from a 7-11 on St. Mary's Road, but he got more than he bargained for.

"I reached into the bag, and it was getting to the lower section of the bag and put a handful of chips into my mouth and I felt this crunch," he said, adding he first thought it was just an over-cooked chip.

"It was when I crunched down on it again that I realized that it was definitely not a chip – it was a little painful, so I reached into my mouth and pulled out a tack." 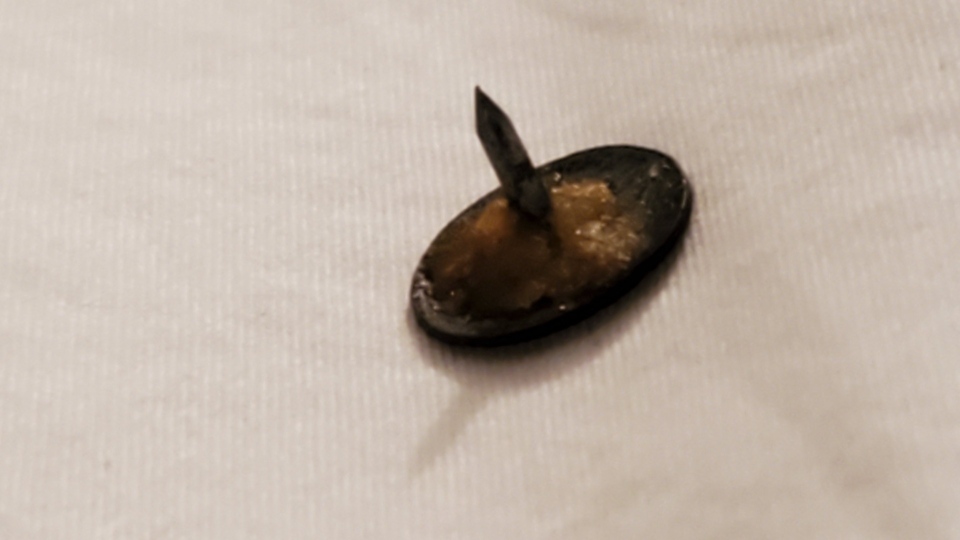 Bayrack said the bag of chips did not have any openings in it and did not appear to have been tampered with.

The Calgary man, who grew up in Winnipeg, said he contacted Old Dutch and was met with a "less-than-stellar" response.

He said he was told by an Old Dutch consumer care representative to mail the bag of chips and the tack to Old Dutch offices so they could be sent to a lab for analysis.

He said he wasn't about to send the items to the chip company without anyone else knowing about the incident, but was told by Old Dutch there is nothing that could be done without getting the bag and tack first.

"It just seemed like their response was underwhelming in regards to concern," he said. "I would have just like to see them at least feel like they were taking this matter a little bit more seriously."

CTV News spoke with Scott Kelemen, the national director of marketing for Old Dutch Foods, who said they would not comment on the incident at this time.

"I would hate to think that it was some sort of malicious or intentional act that was deliberately put there to hurt somebody through the manufacturing process, but these days you just don't know," said Bayrack.

He added, "Who would expect to put their hand into a bag of chips and bite down on a thumbtack, and I think the biggest cause for concern for me is if someone – especially a small child – that could be a choking hazard for them and potentially have life-threatening consequences."

Bayrack said he hopes the incident with the thumbtack will bring more awareness to food safety and people will be a little bit more cautious. 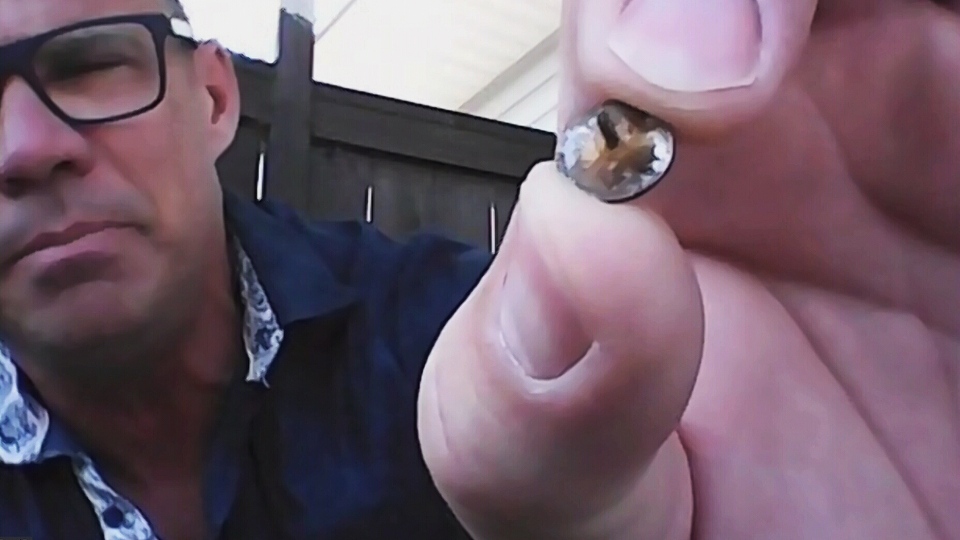 Dave Bayrack (pictured) holds the thumbtack he says he found in a brand new bag of chips. (CTV News Winnipeg)

"Just having that awareness that these things potentially can happen, and maybe checking things out for your kids – taking a look at what they're eating before they shove it in their mouth," he said.

Bayrack said he is planning on mailing in the bag and the tack to Old Dutch so they can investigate the situation.

The Canadian Food Inspection Agency – the federal regulator of food safety in Canada – told CTV News that anyone with concerns about the safety of pre-packaged foods should report it to them online.