Fountain shut off in some Winnipeg neighbourhoods could be reversed 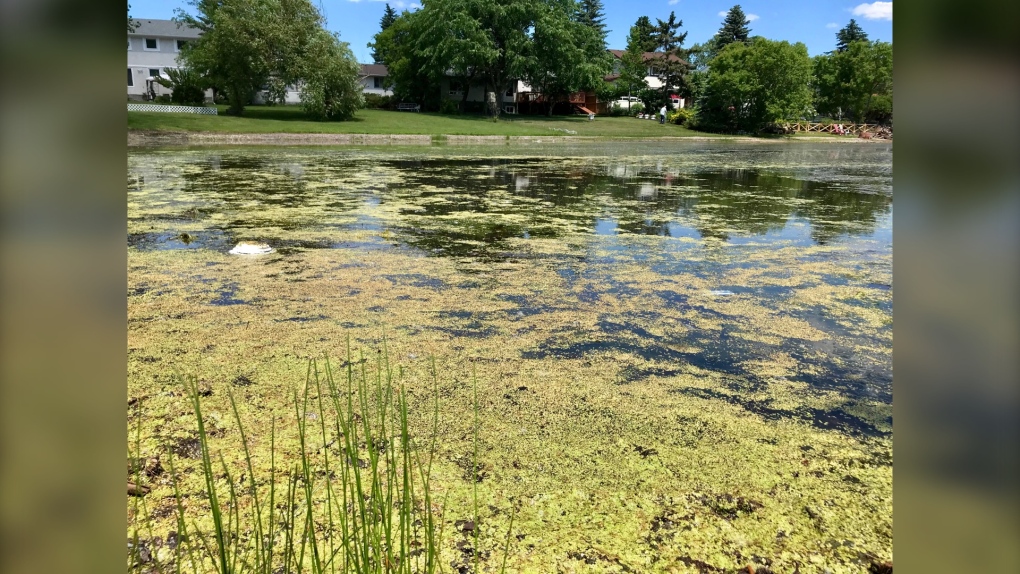 The City of Winnipeg shut off about a dozen fountains in retention ponds this year, and residents in south Winnipeg are concerned about the growth of algae in the ponds. (CTV News Photo Jon Hendricks)

WINNIPEG -- A Winnipeg city committee is asking for a city department to find money to restart fountains that were shut off in several Winnipeg neighbourhoods as a cost-saving measure.

Representatives from the water and waste, riverbank management, and the environment committee heard from residents of several neighbourhoods , including Whyte Ridge and Waverley West, who were unhappy with the decision to not operate the fountains in several retention ponds.

The fountain operation, maintenance, and repair at stormwater retention basins were eliminated in the 2020-2023 city budget.

Susan Ash, a resident of Royal Wood, spoke against the decision at the committee meeting on Wednesday, saying she was shocked and appalled the aeration fountains would be turned off for four years. She said she is concerned about the increase in algae on the ponds, and that the number of mosquitoes could increase to the water not moving.

“This would greatly affect my enjoyment of sitting by the shore,” she said.

Ash was also worried the shutoff could result in damage to the fountain pump, which could increase the costs of getting it started again.

The committee voted to have department officials work to find money through savings to restart the fountains. The money would come from savings from the non-operation of splash pads and pools due to the COVID-19 pandemic, as well as vacancy management.

The decision to reverse the changes to fountain funding would need approval from the city’s executive policy committee and city council following a budget review before it goes into effect.

-With files from CTV’s Jon Hendricks.