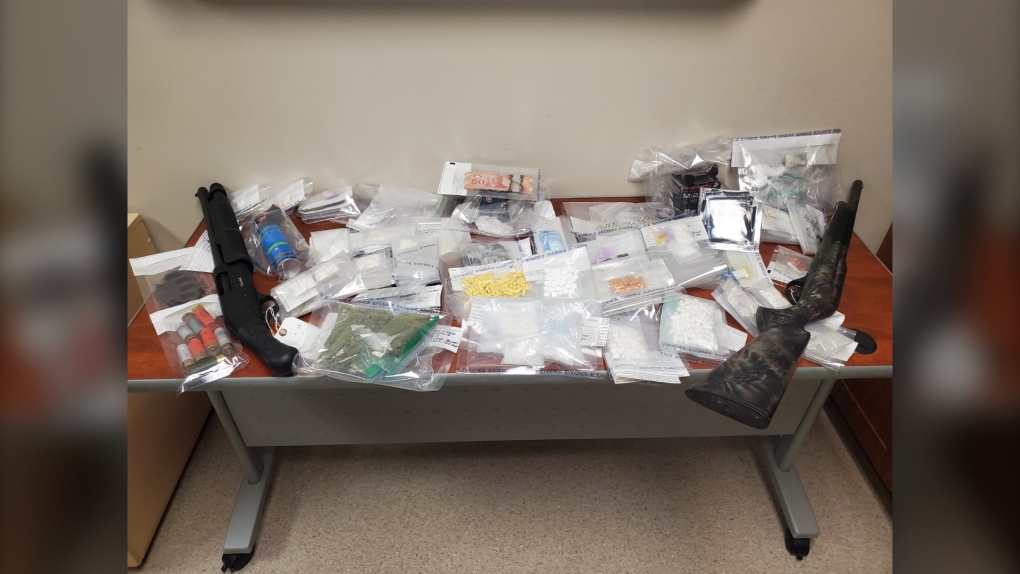 The drugs and weapons RCMP found during a search warrant in Swan River. (Source: Manitoba RCMP)

On Feb. 18, officers from Swan River RCMP, along with the Manitoba West District Crime Reduction Enforcement Support Team and Police Dog Services search a home located off of Main Street in Swan River.

RCMP also arrested a 42-year-old man and a 41-year-old man from Swan River, along with a 32-year-old woman from Sapotaweyak Cree Nation. They were all released from custody and are scheduled to appear in court on April 7, 2021. They have been charged with several drug and firearm-related charges.