From the ice to the kitchen: Manitoba Moose help out at Siloam Mission 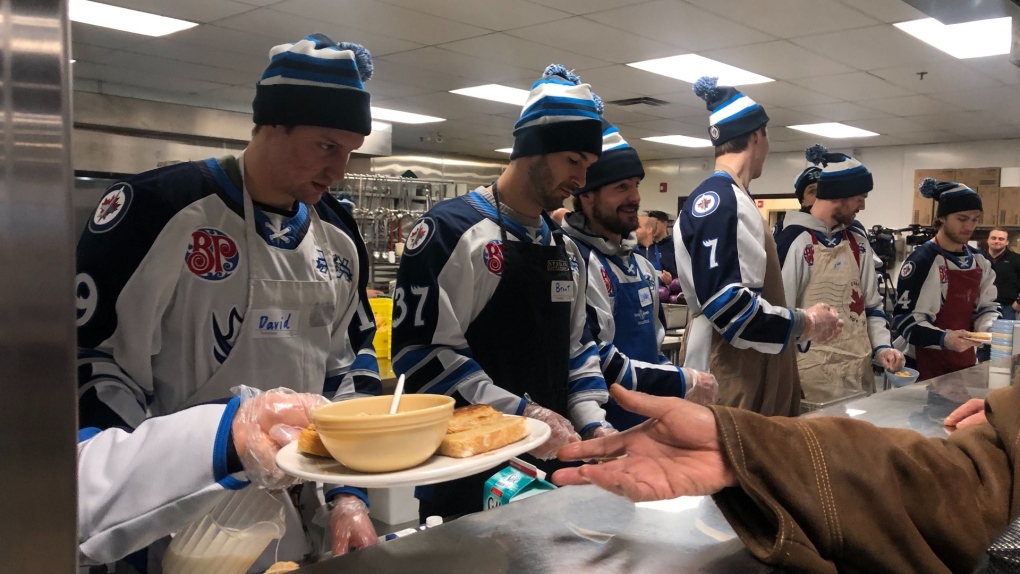 WINNIPEG -- Hot off the heels of a win Wednesday night, the Manitoba Moose are taking their skills from the skating rink to the kitchen to help out at Siloam Mission.

On Thursday morning, the team was busy at work in Siloam Mission's kitchen, chopping vegetables, baking pastries and chatting with some of the patrons.

The team served breakfast to more than 400 people in the community.

"We're serving breakfast here, and we're enjoying every second of it," said Nelson Nogier, a defenseman on the Moose. "It's nice to be able to give back to the community when we can."

Nogier said he is impressed by the amount of work that is put into these shelters every single day to provide meals for the community.

"It's amazing and there is a lot of people that we need to tip our caps to."

The Moose defenseman said this is the fourth year he's been a part of this.

'Working with Siloam is something we've been able to do for a few years now," Payne said. "Just help support that need in the community of clothing and just connecting with people who are in need."

While the team was enthusiastic in the kitchen, Siloam Mission CEO Jim Bell said that energy was shared with members of the community.

"It's something that our whole organization looks forward too," Bell said. "Probably the most important part is the people who come in to utilize our services on a daily basis – they are sports fans." 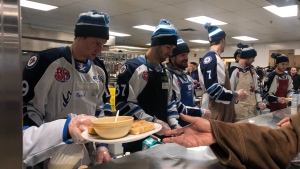