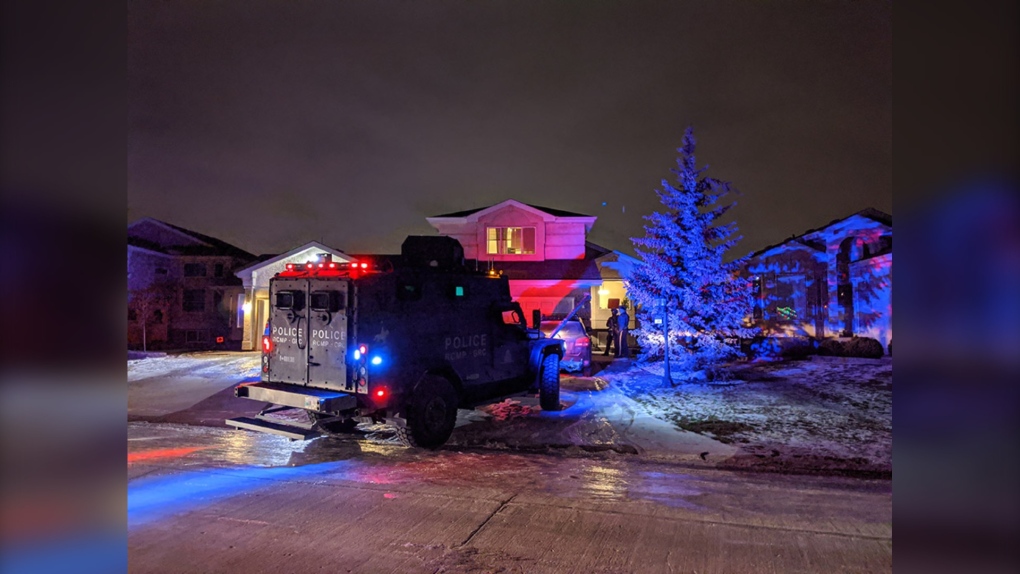 RCMP search a number of locations as part of an organized crime investigation. (Source: Twitter/RCMP Manitoba)

WINNIPEG -- After a number of homes in Winnipeg and the Interlake were searched in the early morning hours of Wednesday, RCMP say they have made one of the largest meth seizures in Manitoba and have arrested a full-patch Hells Angel member.

On Wednesday the RCMP organized crime team executed nine search warrants in Manitoba and Alberta. Seven of those searches were in Winnipeg, one was in St. Laurent, Man., and one was in Calgary, Alta.

RCMP said the investigation has led to seizures of meth, cocaine, cash, and a number of vehicles. RCMP said while the total amount of drugs and money seized still needs to be counted – it is expected to be the largest meth seizures in the province.

Nine people have been arrested, including Kenny Erstelle, 38, a full-patch member of the Hells Angels.

The following people have also been arrested and charges under the controlled drugs and substances act.

RCMP said money laundering charges have also been laid in connection to the investigation. All charged suspects were scheduled to be in provincial court on Wednesday.

RCMP said the investigation is still very active and there will be more information released on Tuesday.