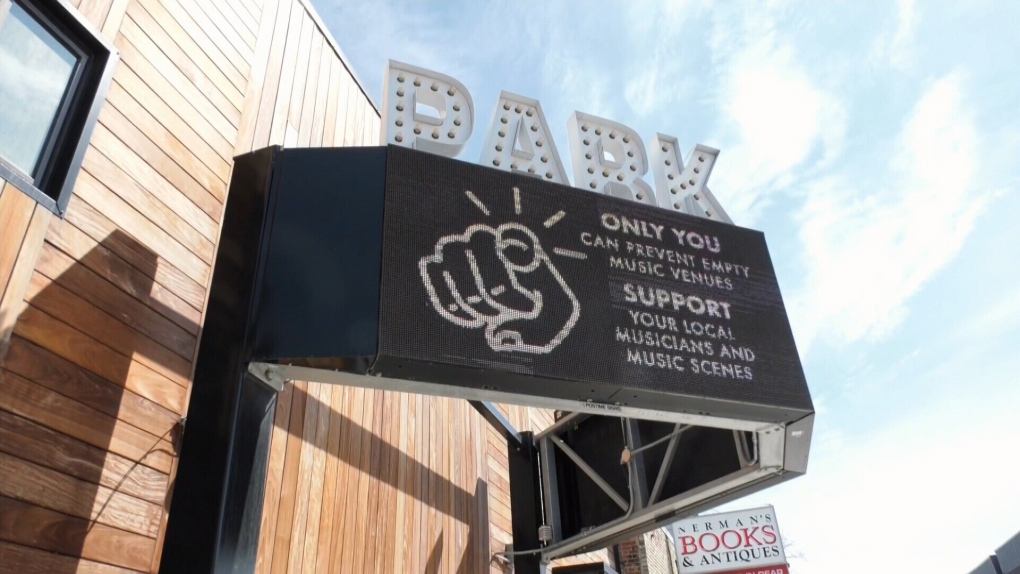 WINNIPEG -- Many businesses have been struggling throughout the COVID-19 pandemic and now a GoFundMe page has been set up to help one of those businesses.

Mat Perlman has set up a fundraiser for the Park Theatre and its owner Erick Casselman.

Perlman has worked at the Park Theatre for years and he said he had to do something to help.

"One thing that has always drawn me to the Park Theatre is the fact that they are open to anything. There is no niche there. You can play in a metal band, a punk band, you can have a kids ballet recital," said Perlman.

He added that Casselman and Park Theatre are there to serve the community calling it Casselman's "lovechild."

Perlman said a big thing about the venue is Casselman has run it by himself with no other backers.

"Every time you go in there, he has done something else to the place. He can't sit still. He's constantly bettering the place and this is all on his own."

Perlman said without venues like the Park Theatre and people like Casselman, a lot of bands wouldn't be where they are today.

"There's bands now that are coming through the MTS Centre, they've started in smaller venues. Without places like the Park Theatre, if you think of any band you love, any band, they're coming through and playing the Burt, MTS Centre, the stadium, they all started somewhere like the Park or smaller, and he just wants to give people the best experience."

THE IMPACT OF BEING CLOSED

Perlman said the pandemic has hit the Park Theatre hard as it has had to cancel around 130 shows and that impacts everyone from the bands, to the bartenders and servers.

"I think everyone in this has been hit so hard. It's awful."

He said the thought of having to close the doors for good has started to look like a reality and that’s why the GoFundMe was started.

Perlman feels the Park Theatre is too important to lose.

"It caters to everyone and in my opinion, we can't lose these places. When this is all said and done we will need this. Everyone is going to need to get out of the house and shake it off."

Perlman has set a goal for the GoFundMe at $20,000 and said he had to persuade Casselman to let him help several times before he finally allowed it.

"He fought me every inch of the way. He did not want it. He wanted to be self-sufficient."