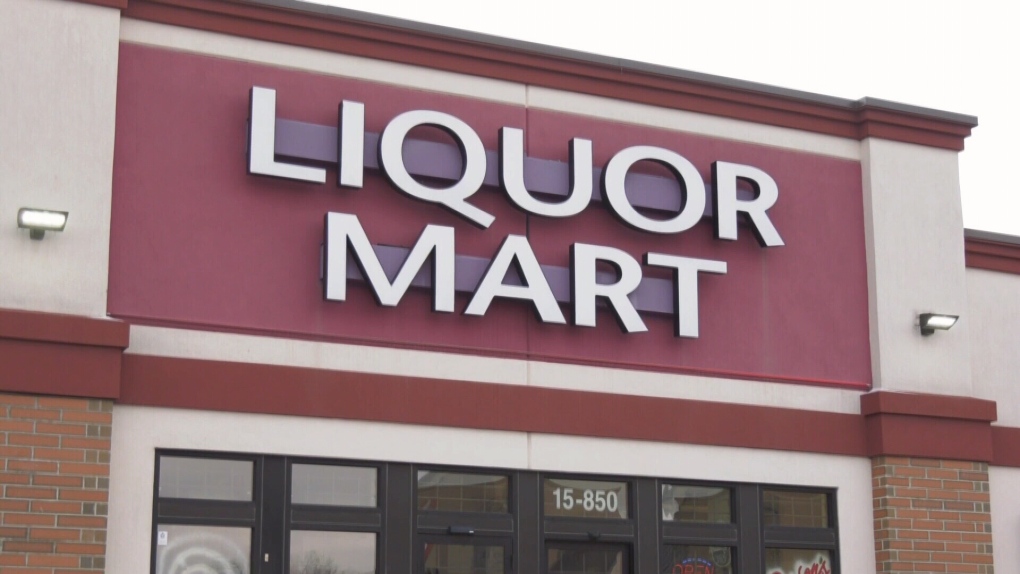 A file photo of a Liquor Mart.

WINNIPEG -- The Garden City Square Liquor Mart is currently closed for a deep cleaning after Manitoba Liquor and Lotteries said an employee there tested positive for COVID-19.

On Wednesday, the Crown corporation announced that it was notified an employee had been tested for the virus and the initial test results were positive. Manitoba Liquor and Lotteries said the employee last worked at the store on Saturday, March 28, 2020, and is currently in self-isolation at home.

MBLL said anyone who visited the Garden City Liquor Mart location recently and believe they have symptoms of COVID-19 should self-isolate and contact Health Links at 204-788-8200 or 1-888-315-9257 for further advice on the need for testing.

"The Garden City Liquor Mart is currently closed for a deep and thorough sanitization, over and above the cleaning protocols already in place due to the COVID-19 outbreak," a statement from Manitoba Liquor and Lotteries reads.

The Crown corporation said it is also closing the Main & Pritchard location as a precaution. MBLL said the location is being cleaned because an employee had been in contact with the presumptive-positive individual.

In a written statement, the Manitoba Government and General Employees' Union said additional safety precautions at Liquor Marts must be put in place.

"MGEU has been calling on the employer to install Plexiglas screens at all locations in the province immediately," the union said.

"We know that some locations have recently had Plexiglas screens set up, and social distancing markers have been placed on the floor – but all our stores need to be outfitted with these social distancing and safety measures immediately."

MBLL said the installation of the Plexiglas shields at the point of sale in all Liquor Marts is ongoing.

The union also called on the province to stop accepting cash in Liquor Marts, limiting transactions to credit and debit card only.

"Other provinces have moved to ensure these measures are in place; now it’s time for Manitoba to do the same," the union said.