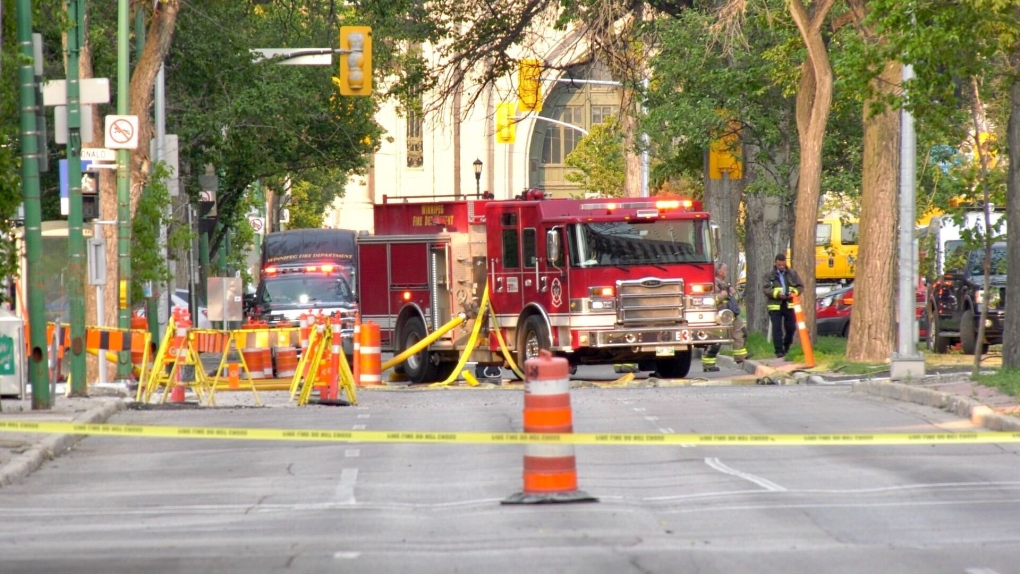 A gas leak along Broadway Monday evening that shut down traffic in the area. July 26, 2021. (Source: Scott Andersson/CTV News)
WINNIPEG -

Winnipeg police said a gas leak shut down Broadway for over an hour Monday evening.

Police said traffic was shut down shortly before 6:30 p.m. in both directions between Smith Street and Donald Street, but it has since reopened.

Police said southbound Donald Street between York Street and Broadway was closed, but has since reopened.

Manitoba Hydro said on Twitter that crews are on scene and the gas was shut off just before 7:30 p.m.

Hydro added there isn't a timeline for when repairs will be completed.

The city said nearby businesses and residents were evacuated as a precaution but have been allowed to return to their buildings.

Emergency crews have left the scene.