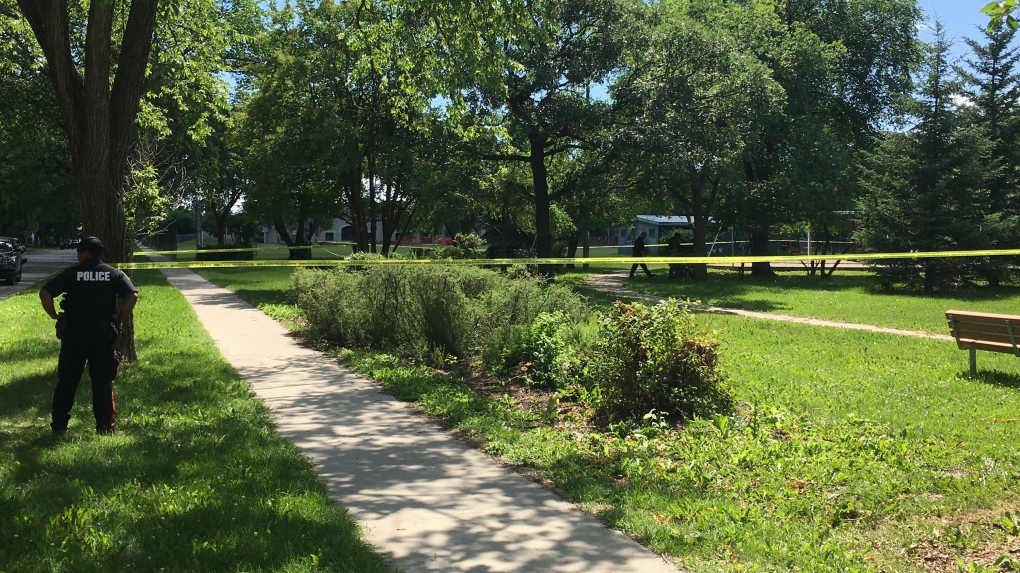 WINNIPEG -- The Winnipeg Police Service has said a suspicious package that was reported on Saturday was not dangerous to the public.

On July 11, around 11:50 a.m., police were called to reports of a suspicious package at Montrose Park in River Heights.

Officers found a small package and several resources were called in, including the bomb unit.

Geocaching is an activity similar to a scavenger hunt where people use a GPS and explore the community looking for hidden containers or items that have collectibles, toys, and trinkets inside.

“You use an app with some GPS coordinates, and it has some clues and you go out and you find the cache. Inside sometimes, you find some little trinkets and toys and a log and you write down your name and the date you found the cache and you move on.”

She said the caches are hidden inside geocaching boxes – which can be bought or made. In Sunday’s incident, it was a homemade geocache.

“It was actually a mini flashlight, covered in black electrical tape,” said Mungall.

Mungall said most geocaches are really well hidden, but this one was more visible.

“This one was little more out in the open, so I can understand how somebody who didn’t know what geocaching was spotted it, found it, and maybe panicked a little bit,” she said.

“After finding the item, holding it in my hand and knowing what it looked like, did it look like a bomb or something dangerous? No, absolutely not. I don’t think so.”

She said the intent of geocaching is to have fun and it’s unfortunate the incident turned out the way it did.

Police are reminding those who geocache to be mindful of how the packages appear and that they shouldn't disguise items to look like they are unsafe.

"Let's keep this activity fun and safe for those participating," Winnipeg police said in a news release.

- With files from CTV’s Kayla Rosen and Glenn Pismenny.