WINNIPEG -- Gianna Eusebio was the size of a cell phone when she was born prematurely - she was blind and had congestive heart failure, but now she is giving back to the neonatal unit that saved her life.

Eusebio was born at 27 weeks, weighing just over one pound. She started her life living in the Neonatal Intensive Care Unit at HSC Winnipeg Children’s Hospital.

“Being so sick, she was in there for seven months and I’m just proud of her now,” said Tes.

Eusebio was selected as the Children’s Hospital Foundation Champion Child of 2019. She attended over 40 events and speaking opportunities and raised $14,000 for the same NICU that saved her life.

“It feels happy to me because I get to help all these kids and families to get better from the sickness that they have,” said Eusebio. 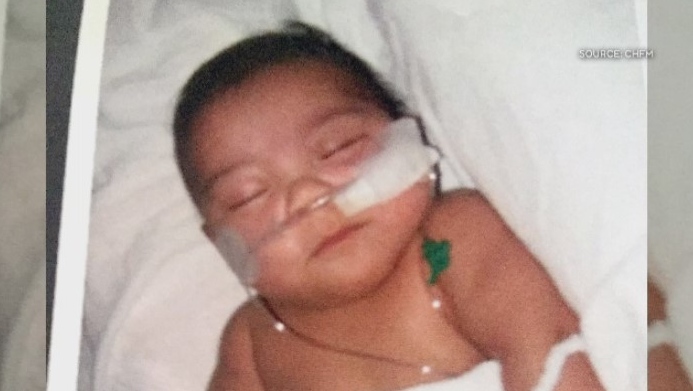 The money raised by Eusebio, the foundation and other funding partners has provided the NICU at HSC with state of the art equipment like a vein finder.

"Their blood vessels are just so tiny and with the vein finder, it shines a light on the skin of a baby, showing you exactly where the veins are. So it takes out the guesswork. Trying to find those blood vessels that are so tiny is not easy," Narvey said.

"The vein finder makes it that much easier."

He said 30,000 premature babies are born every year in Canada. In Manitoba, the NICU cares for more than 1,400 newborns from around the province, Northwestern Ontario, and Nunavut.

Tes said seeing her children raising money to help families just like hers is amazing and humbling.

“Just to see my kids give back - that's just huge for me, especially to know that Gianna has such a connection to the hospital," Tes said.