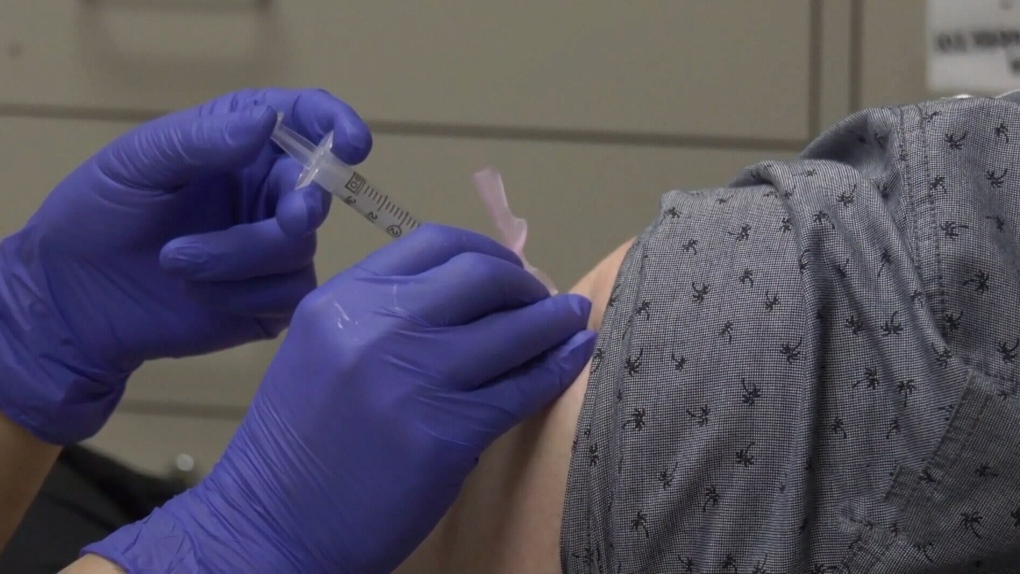 WINNIPEG -- For a second straight evening, Doctors Manitoba held a town hall about the COVID-19 vaccine in Manitoba, with the secondary focus on children and how it affects the province's youth.

Currently, Manitobans aged 12 to 17 are only eligible to receive the Pfizer vaccine.

One of the main questions asked during the event was how effective the vaccines are for youth.

"What we can say from the initial studies, with the Pfizer vaccine … that in their Phase Three trials of 2,000 to 3,000 children who have been vaccinated, that there is 100 per cent efficacy or prevention in severe infection in those children compared to control groups," said Grimes.

She noted the trials were done in areas that had high peaks of infection in the general population.

The doctors were also asked what risks there are for youths who get the vaccine.

Hanna said any of the risks associated with the vaccine are extremely rare, adding the symptoms that happen in children are usually stress-related.

"They get pale or feel like they are going to faint or feel nausea or dizzy and that's often related to anxiety," said Hanna.

She noted common side-effects from the vaccine are: a sore arm, mild headaches, low-grade fevers and aches and pains. Hanna added these symptoms should only last for about a week and if they last longer than that, to see a doctor.

Hanna said the main concern with the vaccine is any kind of allergic reaction, but again she said that situation is very rare.

"It's treatable. It's the reason why when people go get their vaccines, we make them wait for 15 minutes after getting their vaccine to make sure a reaction like this isn't happening."

Hanna said people under the age of 12 or those who have severe allergies to vaccine components shouldn't get the vaccine, as well as those who are immunocompromised unless they have consulted their doctors.

Those listening to the town hall were also concerned about the potential side effect of myocarditis, specifically in male youths, which is the inflammation of the heart.

Li said this first started to be brought up after studies from Israel and the United States, which noted some young men presented with myocarditis in close proximity of receiving the vaccine.

He said it is not known yet if the vaccine was the reason this developed, but the studies found the symptoms were mild or non-existent and in a Canadian study it shows that the rate of getting myocarditis is no different compared to before the vaccine.

Li also noted, among those who did develop myocarditis, symptoms improved with time normal medication to treat it.

"The other thing to remember too is myocarditis can occur from many things, including the COVID-19 virus. So we have some stats to show that if you were to get COVID, you have about a one in 50 chance of actually developing myocarditis from the virus and then we compare that to a one in about 20,000 chance of getting myocarditis after getting the vaccine," said Li.

Another hot topic during the event was a recent article from the World Health Organization (WHO) that recommends those under 18 not receive the vaccine.

Bullard clarified the article, noting the WHO gives recommendations on an international level and it is directed to those countries who have less vaccine supply and have had lower vaccine rates compared to Canada.

"If you look at the province of Manitoba, we are fortunate. We have a decent supply of vaccination to give to pretty much everybody," said Bullard. "But when we start saying from a global perspective, the supply is not the same. If you are to look at Africa's immunization rates, it is two per cent.

"What is probably the best way to protect children (in Africa), should we vaccinate them knowing, in fact, it is probably not going to be the biggest bang for buck? No, that doesn't make a lot of sense."

He said that is why the WHO is recommending children not get vaccinated right away so those who would give the vaccine, adults and their parents, can prevent the spread first before administering the dose to younger people.

"When they are thinking of the world in general, that's probably the best way to minimize transmission of the virus."

Since the vaccine has been in Manitoba, 42.1 per cent of Manitobans between 10 and 19 have received the vaccine, with 72,105 being a first dose.

Two more town halls are scheduled to take place this week. Manitobans can find information about the events online.