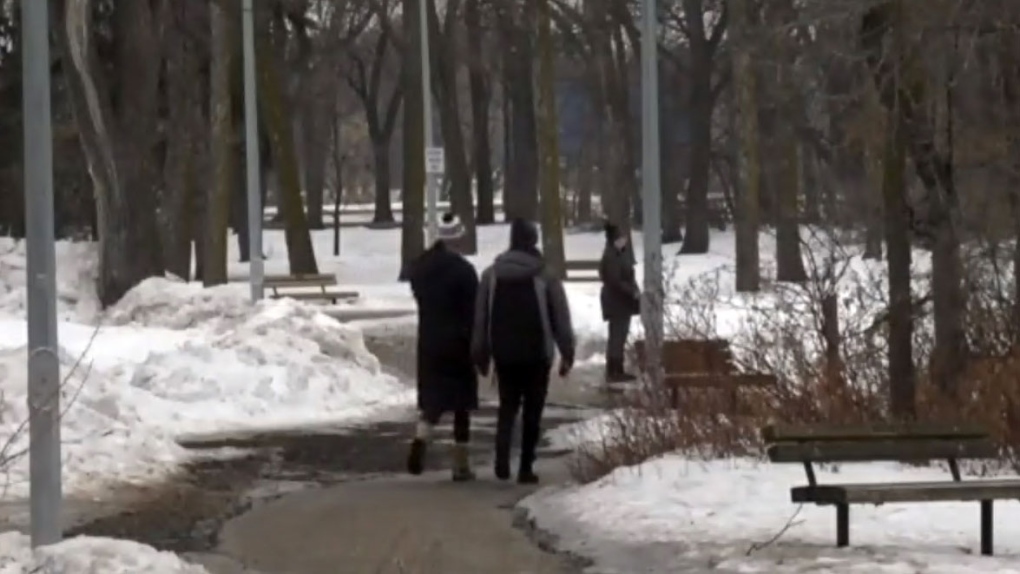 WINNIPEG -- Manitobans are spending more time at home during the pandemic, while retail stores, recreation sites, and workplaces continue to see significant drops, according to recent data released by Google.

The search engine has released its latest Community Mobility Report, which uses aggregated and anonymized data to chart the movements of people around the world using the location history. This provides a snap shot of where people are spending the most time amid the pandemic.

The recent report, which tracks data from Dec. 4, 2020, to Jan. 14, 2021, shows Manitobans are spending more time in their homes. Over the six-week period, the time Manitobans spent at home was up 17 per cent over the baseline number, which was not specified.

Public transit took the hardest hit, dropping 62 per cent below the baseline number. This was followed by retail and recreation spaces (including stores, restaurants, museums, libraries and movie theatres) which was down 42 per cent, and workplaces, which was down 34 per cent.

Nearly every category, except time spent at home and at parks, saw a significant drop of about 80 per cent below the baseline around Christmas and New Year's Eve.

Time spent in parks actually saw a spike of about 40 per cent above the baseline in the days before and after the New Year.

Manitoba was under Code Red restrictions for the entirety of this six-week period that Google was tracking. These restrictions limit private gatherings in homes to household contacts only and limit in-store shopping to essential items only. The current round of health orders are set to expire on Jan. 22.

Google said it will be regularly releasing these reports to help public health officials make decisions in their COVID-19 responses.