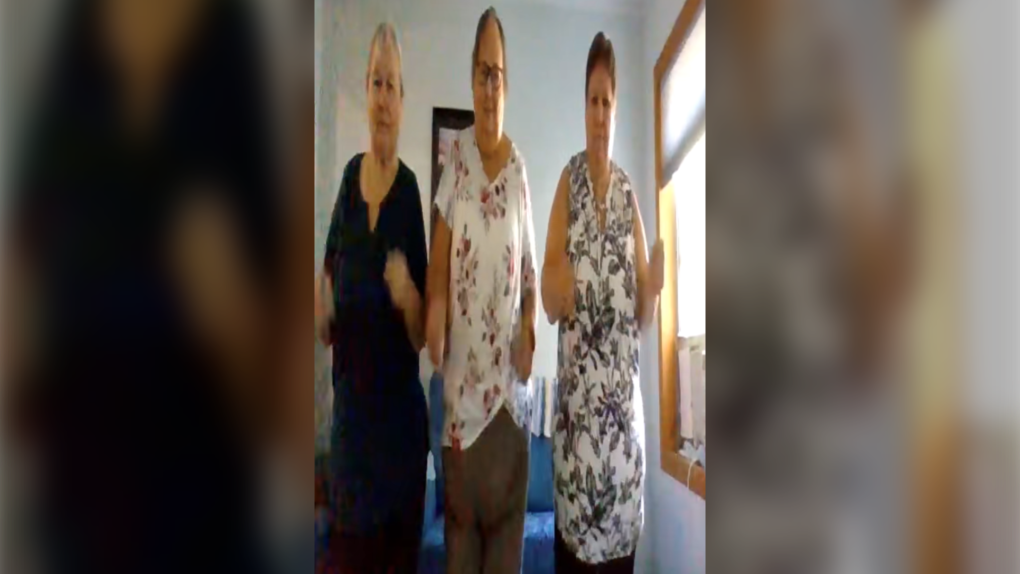 Three Winnipeg grandmas have some newfound fame after making a TikTok video that has garnered millions of views.

Sisters Lois Kreutzer, Donna Emes and Wendy Dreger all decided to make a video for their grandkids last Sunday in the hopes of making the kids laugh.

So, they all got up and danced to the song The Loco-Motion by Little Eva.

"It was just for fun," said Kreutzer, who said her granddaughters are big into TikTok.

"We were just sitting talking and all the grandkids are on TikTok and we were discussing that. And then my sister and I were reminiscing about a song called The Loco-Motion, and my sister Donna put it on and Wendy and I got up and started dancing."

The video was posted and it didn't take long for the views to skyrocket. Kreutzer said they had over a million views within one day.

"My granddaughter said, 'Grandma, you are trending on TikTok.'"

Now, as of Tuesday afternoon, the video has been seen more than 5.3 million times.

Emes said when she saw how many people were viewing their video, she had to call her sisters.

"I said, 'What is going on? We've got like a million views,' and then it went up from there," said Emes.

Dreger said this result was not expected at all.

"We were just doing it for the grandkids. Just a big laugh to make them chuckle a bit and make us have some laughter too. It was just so much fun," said Dreger.

She said she was shocked to see the views climb and noted her grandson saw a lot of people enjoying the video and leaving comments.

Dreger added this is what happens when all the sisters are together, saying no one can handle all three of them at once.

Since the video has gone viral, Emes said she has heard from a lot of family members who said they are so proud of her and her sisters.

"My grandchildren are both very proud of me. They say I am a star now," said Emes.

Kreutzer said there are plans in the works to make another video, but it will require the help of the grandkids as Dreger lives in British Columbia.

"It's up in the air, but we are planning on making another video," said Kreutzer.

Not all the details are worked out yet, but when it comes to the music, Emes said people should expect another oldie.