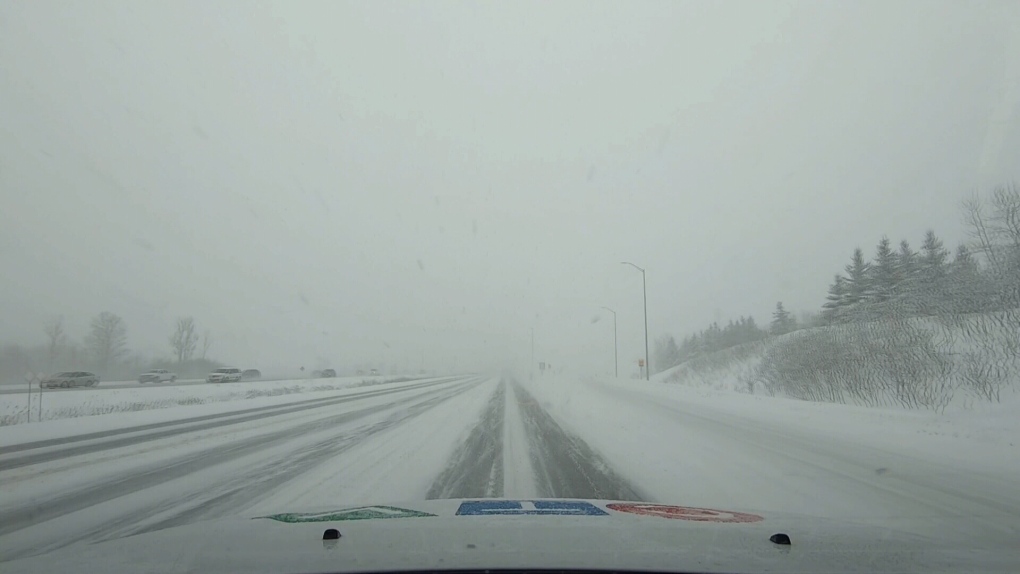 WINNIPEG -- Much of Manitoba was hit by heavy rain and snow over the past few days and now Environment Canada has released which places were hit the hardest.

Environment Canada showed Great Falls and Pinawa Man. had the most snow.

Great Falls had a total of roughly 31 centimetres, while Pinawa had roughly 30 centimetres of the white stuff.

Winnipeg saw about 20 centimetres of snowfall.

Whiteshell Man. had the least amount of snow with seven centimetres.

Environment Canada said the report may contain preliminary or unofficial information and it was not a final report.

Here is the full report:

A slow-moving spring storm brought heavy snow and rainfall to much of southern Manitoba starting Wednesday night and into Friday, April 1-3 , 2020.

All reports of snowfall are reported in centimeters.

1. The following snowfall reports were received from the ECCC official network:

2. The following snowfall reports were received from CoCoRaHS and Volunteer Observation Networks:

3. The following snowfall reports were received from social media, including Twitter: