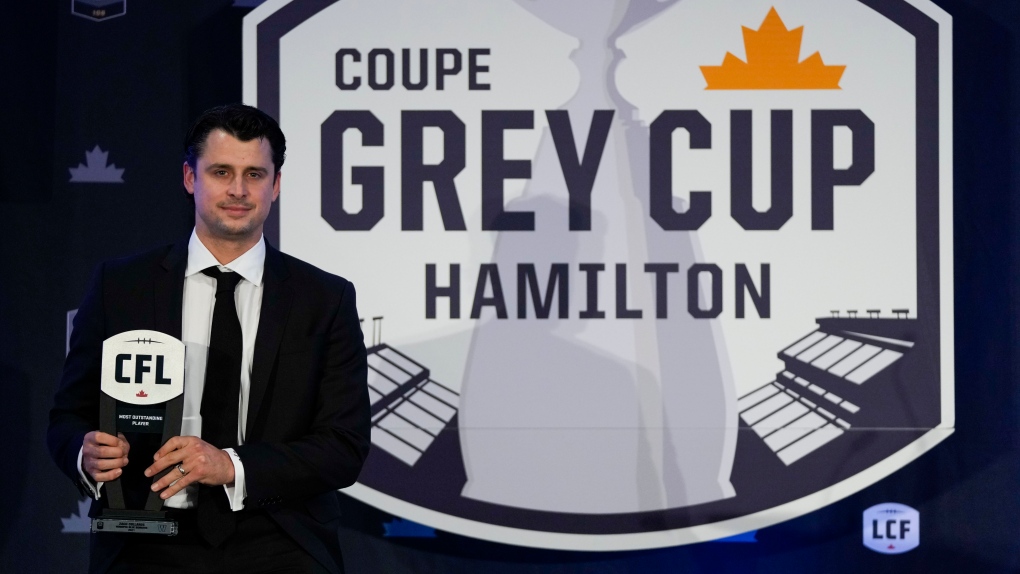 The Winnipeg Blue Bombers' all-star quarterback will be staying put for another year with the blue and gold.

The team announced Thursday that Zach Collaros has signed a one-year contract extension. He was set to be a free agent next month.

This will be Collaros' third season with Winnipeg as he has guided the team to back-to-back Grey Cups in 2019 and 2021.

In the 2021 season, he was named the league's Most Outstanding Player and also earned West Division and CFL All-Star nods.

Collaros threw for 3,185 passing yards and 20 touchdowns and led the Bombers to an 11-2 record.

He originally joined Winnipeg on Oct. 9, 2019, after he was traded from Toronto.

Collaros has been in the league since 2012 and has suited up for Toronto, Hamilton, Saskatchewan and Winnipeg.