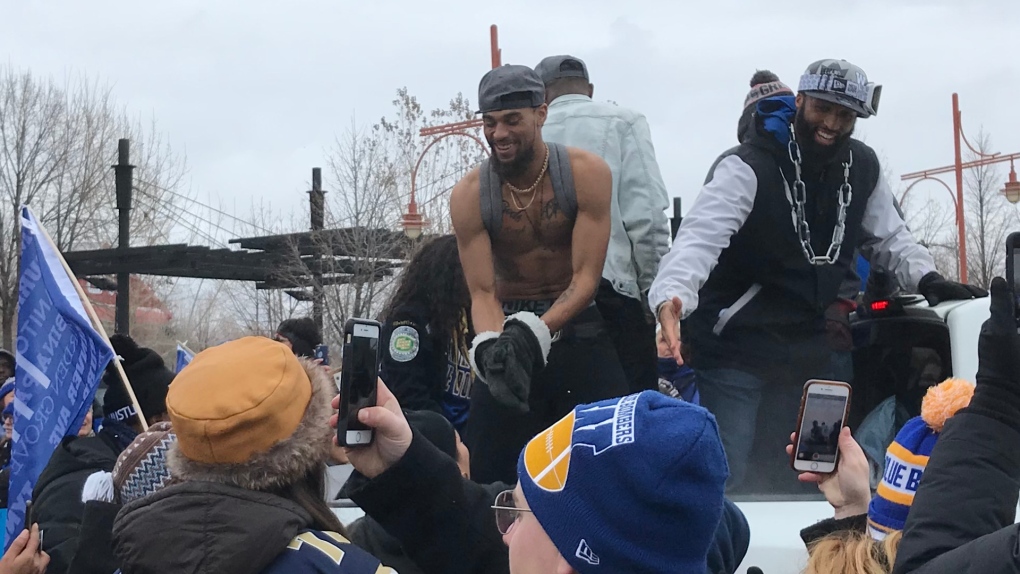 As many as 10,000 fans turned out Tuesday afternoon to watch their team parade around downtown Winnipeg, before squeezing into a rally at the Forks. (Source: Pat McKay/ CTV News Winnipeg)

WINNIPEG -- The costs for the Grey Cup Parade are in.

Bowman said he will use money from his civic initiatives fund, and is also asking the provincial government to chip in for half of the costs.

“I’m pleased that we were able to pay tribute to all those incredible Winnipeg Blue Bomber fans that came out.”

Bowman also thanked the team for the “big win.”