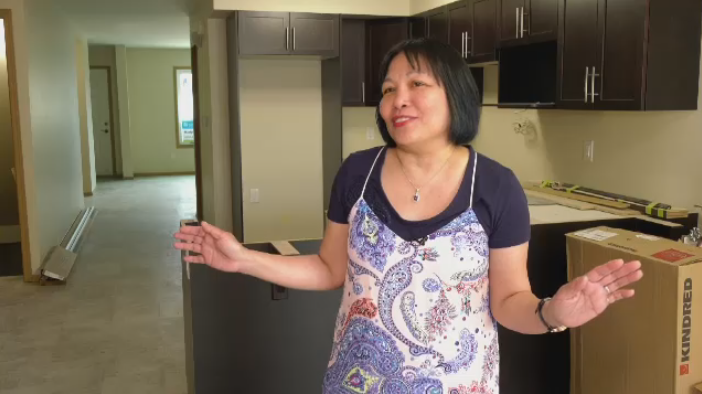 Merlyn Laudato and her two sons hopes to move into the net-zero home by mid-June. CTV photo/MIchelle Gerwing

One of them will soon belong to Merlyn Laudato and her two sons.

“Oh this house, it’s amazing. It’s just like, I can’t believe it’s mine,” she said while standing in the half finished kitchen.

The townhouse complex on Logan Avenue and another single family house across the street were built by Habitat for Humanity.

The project includes the first five NetZero homes in Manitoba. That means they will create as much energy as they consume.

South-facing solar panels are generating the energy which is to be purchased by Manitoba Hydro.

“They have a fixed rate to purchase energy over the next five years and so these houses will have literally a zero energy bill for at least five years,” said Sandy Hopkins, the chief executive officer of Habitat for Humanity, Manitoba.

The families are expected to move in by mid-June.