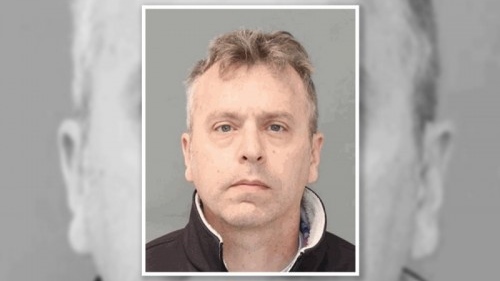 50-year-old Mark Dupuis (pictured) is wanted in Hamilton, as well as in Winnipeg, Montreal, Toronto and Quebec. (Source: Hamilton Police)

WINNIPEG -- A man who police say is known to commit fraud across the country and has several fake names is wanted in a slew of cities across Manitoba, Ontario, and Quebec.

On Tuesday, police in Hamilton, Ont., called on the public to help them find 50-year-old Mark Dupuis. Police said Dupuis is wanted in Hamilton, as well as in Winnipeg, Montreal, Toronto, and Quebec.

"Mark Dupuis has a long history of presenting himself using other names, living an assumed life, and committing frauds against unsuspecting victims in the GTA and throughout the country," police said.

Dupuis is described as five-foot-six, weighing 174 lbs with a medium build. He has grey hair and wears glasses. He was last known to be in the Toronto area.

Police said he is known to use names including Richard Sestak, Mark Richards, Peter Adamcova, and Anthony Simms.

Police said Dupuis is wanted for charges of fraud over $5,000, failure to comply with probation, and two counts of fraud under $5,000. The charges have not been proven in court.

Police said anyone with information about Dupuis, or have an unreported crime involving the man, is asked to call Acting Detective Sgt. Rob Hardy of the Hamilton Police Major Fraud Unit at 905-546- 3841 or Detective Const. Sarah Postuma by calling 905-546-3839.

People can also submit tips anonymously by calling Crime Stoppers at 1-800-222-8477 or online.