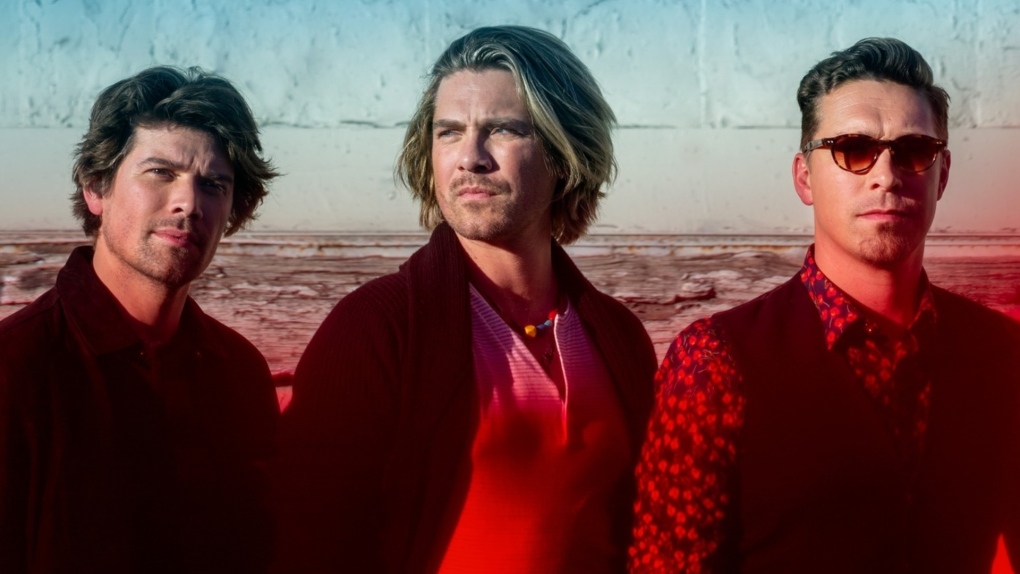 Hanson has released its new album Red Green Blue – which marks the band's 30-year anniversary since it was founded in 1992. (Source: Hanson/Facebook)

For three decades, Hanson has been 'MMMBopping' with audiences around the world – and to mark the anniversary, the band of brothers is trying something they have never done before.

Hanson has released its new album Red Green Blue – which marks the band's 30th anniversary since forming in 1992.

"As we were going into 30 years as a band, and so on, it just seemed like this might be the chance to do something we've never done before," Isaac Hanson told CTV's Colleen Bready in a virtual interview.

Isaac, Taylor and Zac Hanson each wrote and produced a third of the new album – an idea that Isaac said came after he realized the personality of the band would change in unique ways depending on which brother was singing lead.

"It seemed like this time was a good way to kind of stretch our wings creatively and do something we've never done before," Isaac Hanson told CTV's Colleen Bready.

"We had a lot of fun doing it. It was definitely challenging in its own way. I think it shows people a unique side of the band, three unique personalities that make up the DNA of Hanson."

The band is also hitting another big anniversary – the hit song MMMBop came out 25 years ago this year. The song was a number one single in 27 countries and launched the brothers to superstardom.

"I think we all hoped that it would be able to last and that you'd be able to have music that connected with people in a way that they want to keep coming back. And that's proven to be true," Issac said.

"So you just keep kind of keeping fingers crossed and moving forward and hoping that along the way you make enough new fans and continually connect with other original fans that it not only grows, but then it just continues to be fun."

Hanson is performing at The Park Theatre in Winnipeg on Sunday night as a part of their Red Green Blue tour which will take them to 90 cities around the world.

-with files from CTV's Colleen Bready

Russian troops abandoned a key Ukrainian city so rapidly that they left the bodies of their comrades in the streets, offering more evidence Tuesday of Moscow's latest military defeat as it struggles to hang on to four regions of Ukraine that it illegally annexed last week.

'It came in straight through the master bedroom': Transport truck slams into home in Nanoose Bay, B.C.

A transport truck driver was airlifted to hospital Monday after his truck slammed through a home in Nanoose Bay, B.C., narrowly missing residents.

A quarter of Canadians are looking to cash out their investments, survey finds

About a quarter of Canadians are losing confidence in the stock market and are now looking to cash out their investments, a new survey has found.

Bird flu cases on the rise: What this means for poultry and egg prices

Cases of bird flu are rising sharply across Canada, including in Alberta where at least 1.19 million birds have been affected. The rapidly spreading virus will have adverse effects on poultry prices heading into 2023, experts say.