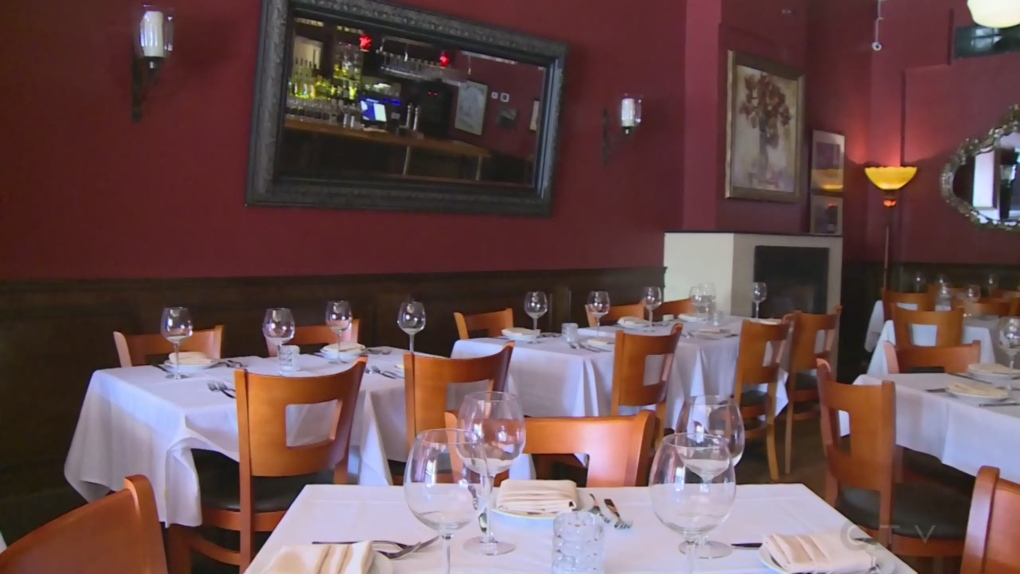 WINNIPEG -- From capacity limits to VLTs, Manitoba restaurants have mixed feelings about the loosened restrictions announced by the province.

After serving only take-out for weeks, Pasquale's Italian Ristorante is now reopening.

Joe Loschiavo, the owner, was waiting for the province to announce the restaurant could open at 50 per cent capacity. While it happened on Tuesday, it isn't all smiles.

"A little bit of everything. Happy, disappointed, frustrated, because again, for us to open at 50 percent capacity with single households, we will not fill up," said Loschiavo.

"The capacity restriction change is a little bit of a provincial smoke show," said Shaun Jeffrey, the association's executive director. "With the current restrictions outlined with household restrictions at the table, most restaurants aren't even operating at 25 percent capacity."

Jeffrey believes the province should sit down with the association before making decisions that affect the industry.

While some restaurants are disappointed that the household-only rule remains and there's still an early last call, others are celebrating the small wins.

Andrea Kaisaris at The Riverside is among those owners happy that VLTs can turn back on.

"We are very excited about that. It is an extremely important part of our business model here at a motel/hotel setup," Kaisaris said.

Restaurants are also celebrating a third instalment of the Manitoba Bridge Grant Program.

The grant will net eligible restaurant owners another $5,000 on top of the previous two instalments.

"It's definitely funds that we all need," said Loschiavo. "It helps pay our tax bills and our heating bill, which have not gone away."

While some positives came for restaurants, they'll have to patiently wait for more.

"We are feeling optimistic," Kaisaris said. "I think mentally; society just needs to get out of their houses again."

The new restrictions will start on March 5.