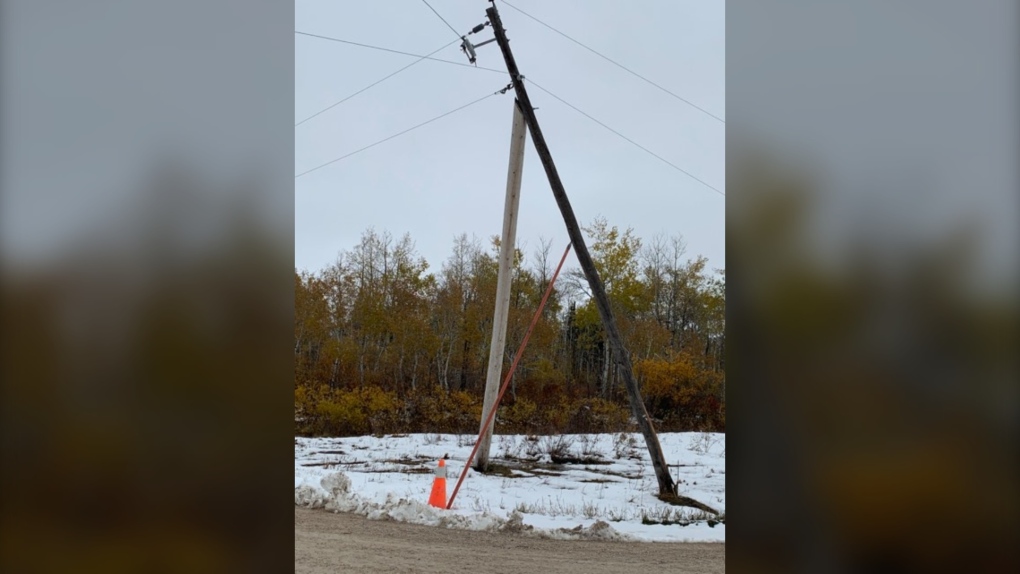 All photos of storm damage and the warming centre in the R.M. of West Interlake: Penny Wainwright.

WINNIPEG -- One of the hardest hit areas by Manitoba’s powerful three day storm has been the Rural Municipality of West Interlake.

CAO Courtney Roehl tells CTV News there are still about 2,000 people living without power in the region, and because outages are so widespread it could take up to two weeks before everyone has their power restored.

Roehl said on Friday night all communities in the R.M. lost power.

After surveying some of the rural areas Wednesday, she said there’s a lot of tree damage and although many downed hydro polls have gone back up, it’s going to take time for the lights to come back on.

Manitoba Hydro said Monday there about 1,000 broken hydro poles in the Interlake. 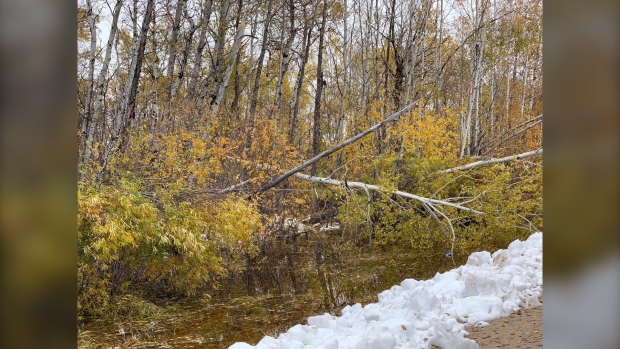 Roehl said electricity was restored in Ashern and Eriksdale on Saturday and there is concern for farmers and people in rural areas.

“It’s getting cooler. They are worried about heat and guys are having to water their animals but the water is freezing up,” she said in a phone call with CTV News.

A lot of rural residents have wood stoves and generators, she said, but she agreed they don’t replace the comfort and security of hydro.

The R.M. of West Interlake said emergency warming centres are open daily from 8 a.m. to 10 p.m.

People are able to have a shower, charge their cell phone or have a coffee.

CAO Courtney Roehl said hotels across the West Interkale are fully booked because there are so many workers in the area, but if people need overnight accommodations, the R.M. will work with them to find a place to stay.

“We have the capacity to set up our warming centre, but it hasn’t come to that yet,” she said.