Have you seen this man? Winnipeg police investigating hate graffiti along Pembina Highway 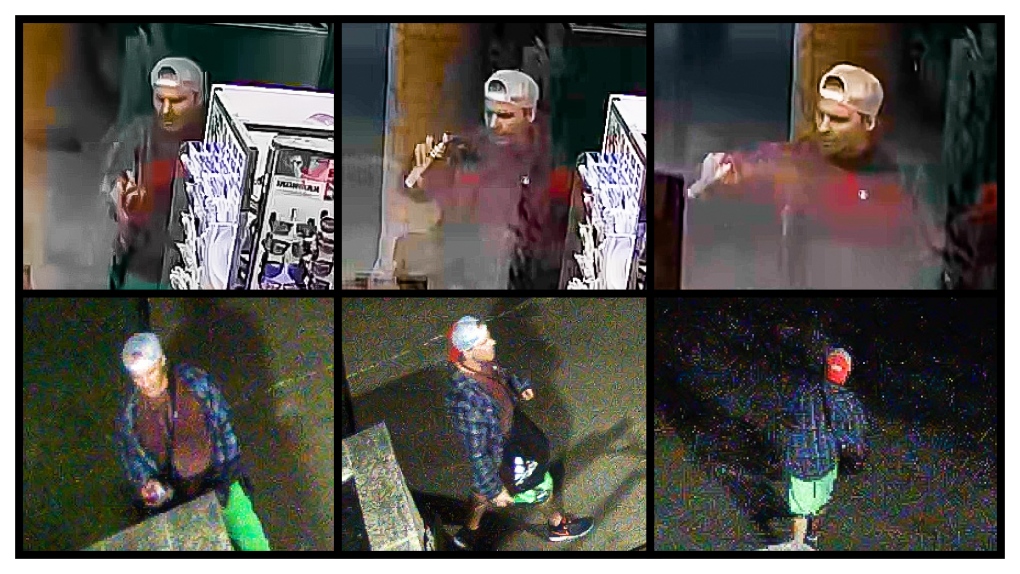 Winnipeg police look to identify man in his 20s or 30s who was caught on surveillance video spray-painting a window of a store in the early morning hours of July 22, 2021. (Source: Winnipeg Police Service)
WINNIPEG -

Winnipeg police are looking for a man in connection to a string of businesses along Pembina Highway hit with hateful graffiti including swastikas last week.

On Thursday, police said at least 10 businesses along Pembina Highway were vandalized between midnight and 4 a.m. on July 22.

"The real concerning nature of this is that the graffiti was swastikas – consistent in all cases," said Const. Rob Carver.

"I think everyone is attuned to how hateful and how dangerous graffiti of this type can be."

Carver said there is no underlying theme that links swastikas or hate graffiti to the businesses that were vandalized. He said the businesses appear to be a random selection. 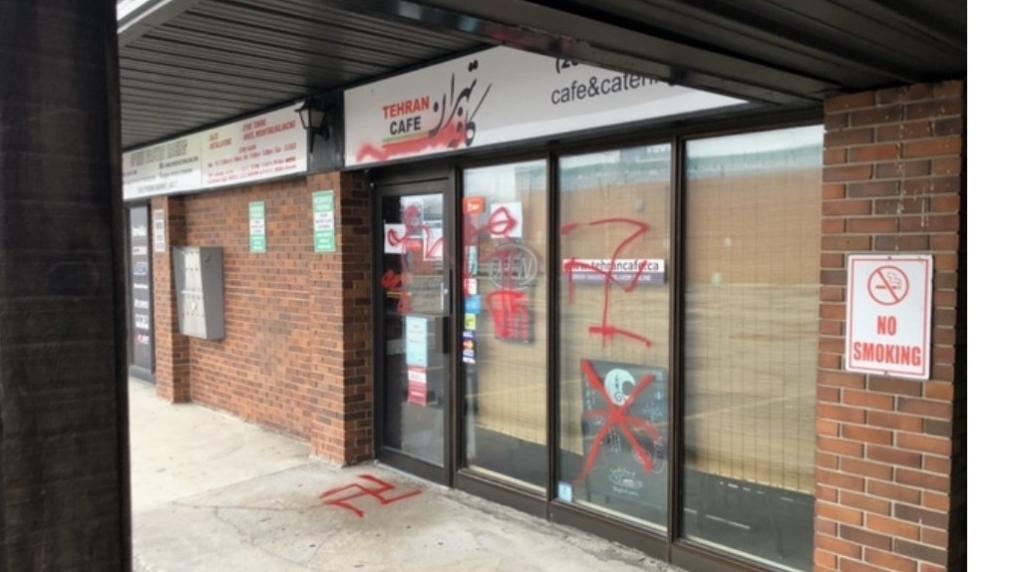 "At the moment it is being investigated as a potential hate crime because it is swastikas," Carver said.

"When you've got 10 businesses along a major thoroughfare that are all tagged with a swastika, that certainly crosses a threshold where we need to look at it as someone trying to send a hate message – whether or not it is a hate crime is still yet to be determined."

A man who appears to be in his 20s or 30s was caught on surveillance video spray-painting a window of a store in the area.

Police said the man was wearing lime-green shorts, a plaid shirt, along with a red and white cap. Police said he also had a distinct black gym bag slung across his body.

Hate Crimes investigators are asking for the public's help to identify the man.

Carver said spray paint vandalism of any kind is considered a property crime, but police devote much more resources when there is graffiti that could be a hate crime.

"There is an element that is much more concerning – it comes with risks that are beyond simple property damage," Carver said.

Any other businesses that were hit with graffiti, or have video surveillance, are asked to call the major crimes unit at 204-986-6219, or leave an anonymous tip at Crime Stoppers by calling 204-786-8477.

The full list of businesses that police said were hit with the graffiti include:

With just two days until election day, the Conservative Party won't say whether they will require any candidates elected to be members of Parliament to be vaccinated before heading to sit in the House of Commons, in contrast to the positions of the Liberals, NDP, and Bloc Quebecois.

Tight race between the Liberals and Conservatives, Nanos tracking shows

A campaign that started with anger over Justin Trudeau's decision to call an election in the midst of the COVID-19 pandemic is ending amid anger over conservative premiers' handling of the health crisis.

Ontario is reporting more than 800 new COVID-19 cases as well as 10 additional deaths.

The federal Liberals say a candidate in downtown Toronto will no longer run under their banner after it came to light that he had previously faced a sexual assault charge that was later dropped.

Afghan survivors of U.S. drone strike: Sorry 'is not enough'

Sorry is not enough for the Afghan survivors of an errant U.S. drone strike that killed 10 members of their family, including seven children.