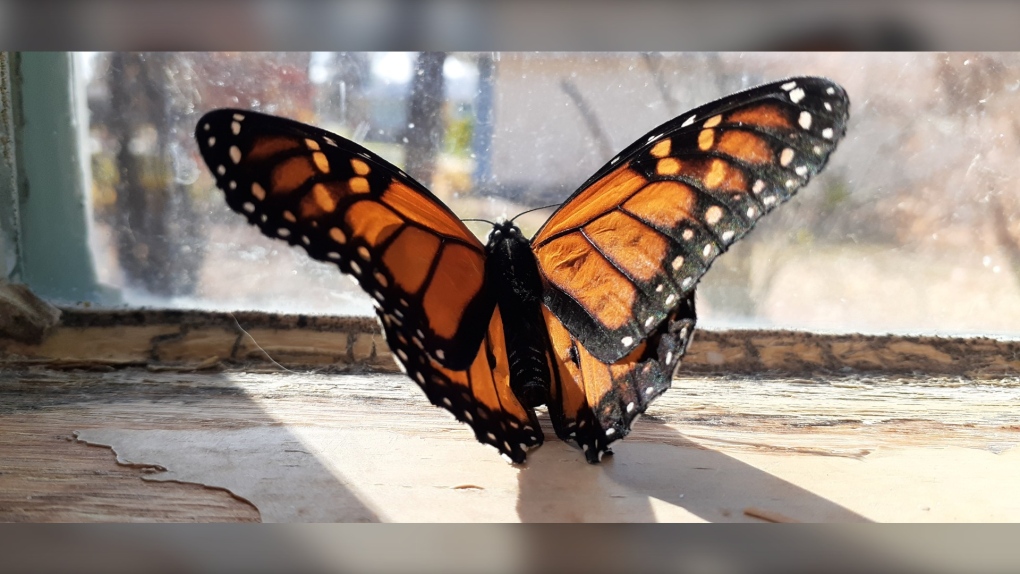 WINNIPEG -- A couple in Selkirk, Man. says a monarch butterfly they rescued this fall has become almost like another family member.

Debbie Tonner said “Freddy,” as he is now known, was found in the driveway of a friend’s home at Thanksgiving.

“She was packing up her car on Thanksgiving Monday, and she walked back and forth, and then she suddenly realized that there was a butterfly in the driveway,” Tonner said. 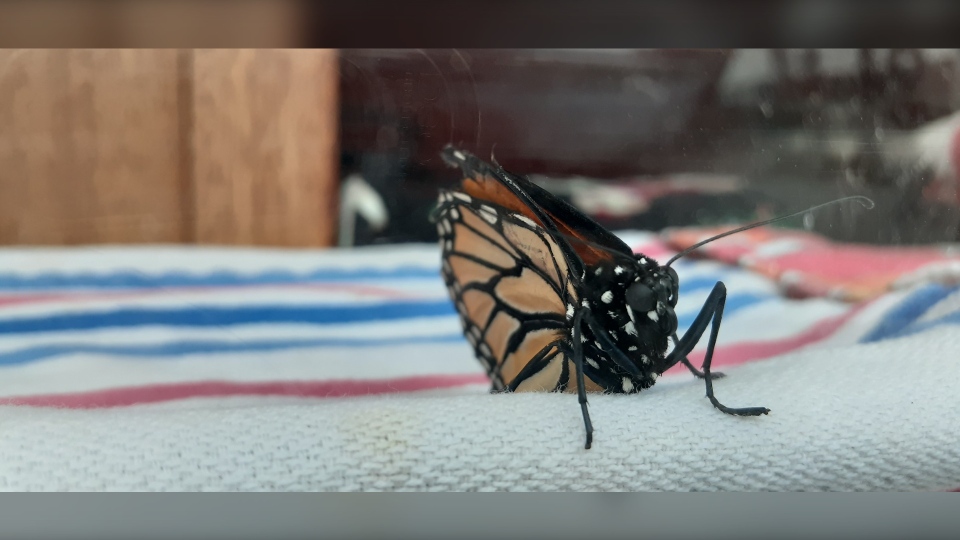 Her friend was concerned about the butterfly’s health, since it was not flying, but still alive, and was also concerned because she lived with cats and dogs, and asked Tonner if she would take care of it. Tonner took the butterfly to her home with her daughter’s family from Winkler, who was at her home for Thanksgiving.

Tonner asked her daughter if they would take it closer to the border to give it a chance to fly south (butterflies are unable to fly at temperatures under 13 degrees Celsius, Tonner said).

“We have a south window that he likes to sit at, and when he could fly better, he would fly to that window all by himself,” Tonner said. “We made a bigger ledge there for him and put a towel on it, and that’s usually where he likes to go. He has a little squirrel buddy that comes along and entertains him by running back and forth between the trees.” 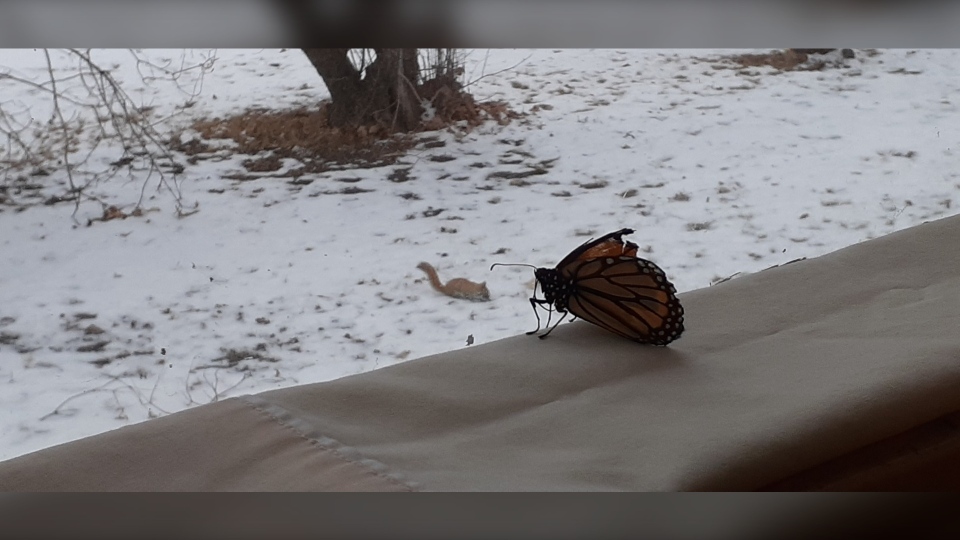 Freddy receives a meal of honey and water served over a banana twice a day for nourishment, and also gets a little bit of Gatorade for the salt content. At night, he sleeps in an enclosure.

Tonner’s interest in monarch butterflies began around four years ago when she decided to plant milkweed in her garden to attract them to her home, and joined the Manitoba Monarchs Facebook page to connect with like-minded people. The group has also answered any questions she may have about caring for a butterfly.

“They have a lot of knowledgeable members who have looked after butterflies for years, and just have a wealth of knowledge to draw on,” she said.

Tonner said over the weeks they’ve had him, Freddy has become part of the family; he even had a stocking for Christmas, where he received oranges. 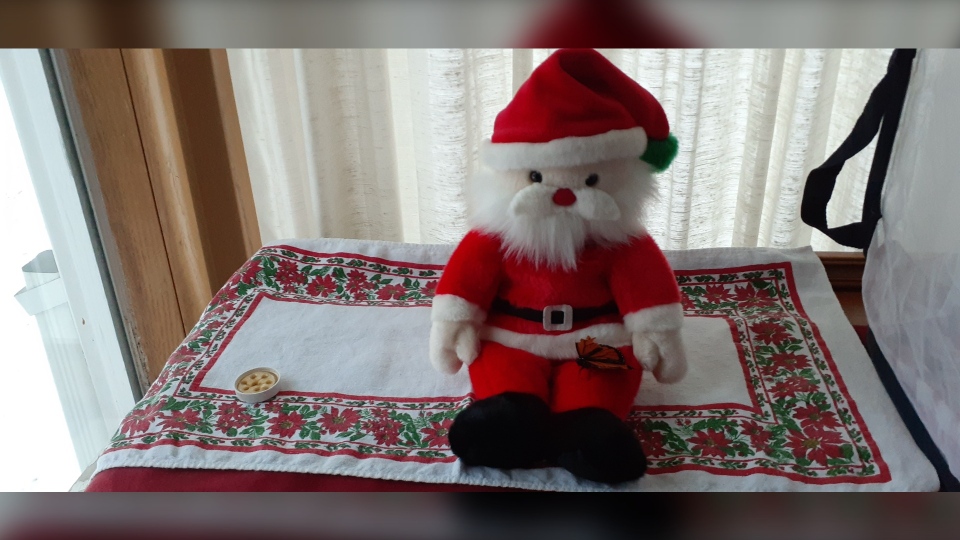 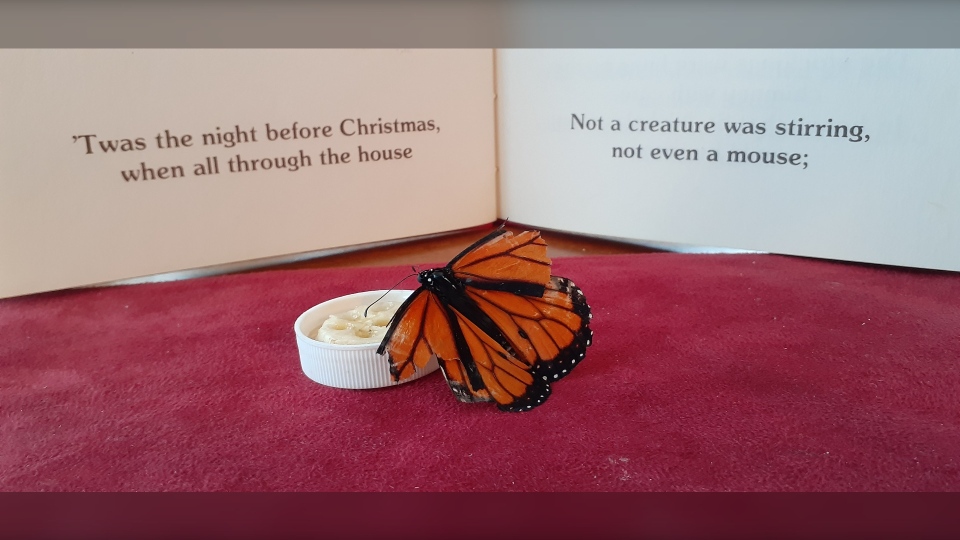 Monarch butterflies can live up to six to eight months, and Debbie and her family are enjoying the remaining time they have with Freddy.

“He’s a cute little guy,” she said. “He’ll land on you, and it’s just kind of nice. It’s kind of like being a little bit closer to Heaven somehow, having a little wild animal that makes you a part of its life.” 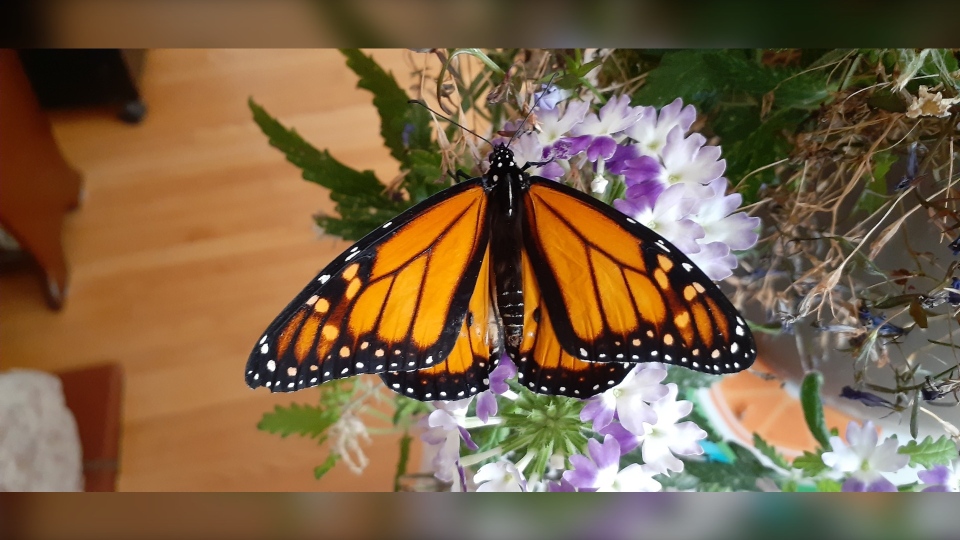