A Winnipegger soon to appear with Woody Harrelson in an upcoming movie is looking forward to his silver screen debut, after the film’s trailer premiered this week.

Cole Guderyan heard about the opportunity to be cast in the Winnipeg-shot film through St. Amant, a non-profit organization that works with Manitobans who live with developmental disabilities and autism.

The movie, called “Champions,” is billed as a heartwarming tale about a basketball team training and competing in the Special Olympics under the guidance of an imperfect but dedicated coach, played by Harrelson.

Last September, St. Amant helped put out the casting call for the film, seeking people 16 years and up who live with developmental disabilities and autism.

Guderyan, who has autism, has been accessing services through St. Amant for a few years now, and jumped at the chance to be in a movie.

“I do like acting. I find it fun and interesting,” he said in an interview with CTV News.

Guderyan, who appears as an extra in the film, said he spent a few days on set. He said the shoot involved a lot of waiting around in between takes, but it paid well.

“I’m supposed to play maybe at least two or three scenes in the movie, where I play as one of the basketball players,” he said.

Guderyan even got some face time with Harrelson in between shooting. During a break, he went for a walk and ran into the veteran actor on the street. 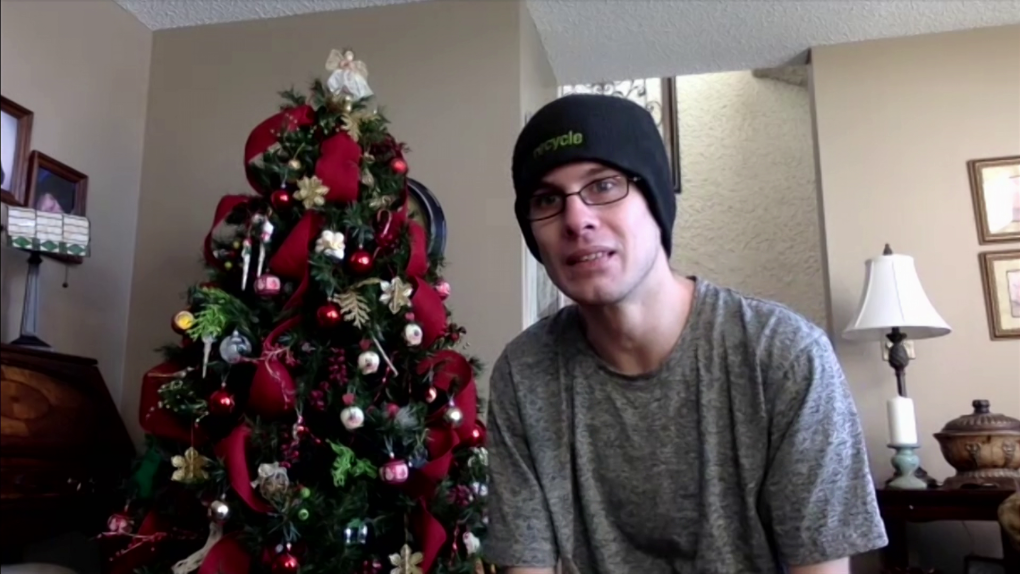 Cole Guderyan said he spent a few days on the Winnipeg set of the upcoming Woody Harrelson movie "Champions". He even had a chance encounter with the movie star in between scenes.

“His security didn’t take me as a threat, and that’s when I introduced myself, and he introduced himself. We even shook hands,” he recalled.

The two talked about Harrelson’s lengthy career, which includes appearances in “Cheers,” “The Hunger Games” franchise and “The People vs. Larry Flynt".

Guderyan counts his meeting with Harrelson as the highlight of the shoot.

A trailer for the film was released Monday, and racked up 3.3 million views on YouTube as of Wednesday afternoon.

It will be released in theatres on March 24th.

As for Guderyan, he’s looking forward to seeing himself on the big screen.

He also doesn’t rule out more acting work in the future.

- With files from CTV's Jon Hendricks