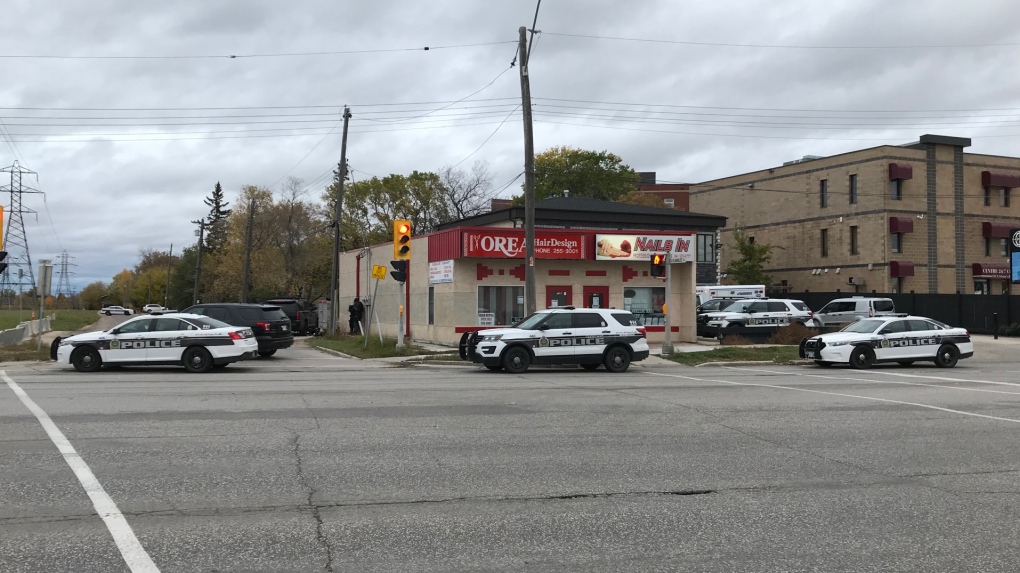 WINNIPEG -- A heavy police presence could be seen in St. Vital Sunday afternoon.

Officers were in the area of St. Anne's Road and Lavalee Road.

Multiple police cars and an armoured vehicle could be seen, as well as members of the K9 unit. An ambulance was also parked nearby.

David Newson witnessed some of the events unfold over the course of several hours.

“They swarmed the parking lot with cop’s cruisers. They blocked off the street, and then the police truck came by and they yelled some verbal commands at some guy, and took some guy into custody,” said Newson.

He then moved closer to the scene to see what was going on at a house surrounded by police, while remaining at a safe distance.

“I saw them bash the window down, and a couple hours later they kicked in the door.”

CTV News reached out to Winnipeg Police Service but it did not provide further details.