Heavy snow, strong winds predicted for much of Manitoba 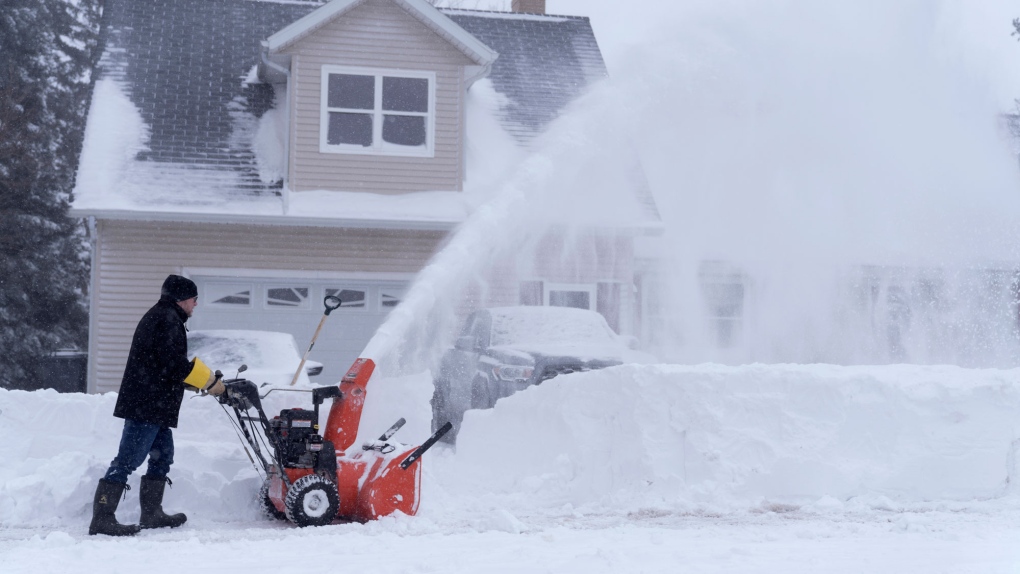 A special weather statement is in effect for the southern half of Manitoba.

The weather service said an Alberta clipper will move across the prairies Monday night, bringing extreme weather with it.

Environment Canada said the heaviest snow will include the Parkland region of Manitoba, much of the Red River Valley, including Winnipeg, and the Whiteshell. The region could see 10 to 20 cm of snow.

According to Environment Canada, strong northwesterly winds will develop as the system moves southeast on Tuesday. It said winds of 40 to 50 km/h are likely, with the strongest winds being in the Red River Valley with gusts of up to 70 km/h on Tuesday afternoon into the overnight period.

The weather service warns that these strong winds combined with freshly fallen snow will produce a widespread area of blowing snow.

Conditions are expected to improve Wednesday morning as the winds taper off.

Environment Canada said another surge of arctic air will move into the prairies behind this system. Overnight lows will drop to near minus 30 midweek, with milder temperatures returning towards the end of the week.

More information can be found on Environment Canada’s website.