Helicopter crash that killed U of M prof caused by lack of visual cues: TSB 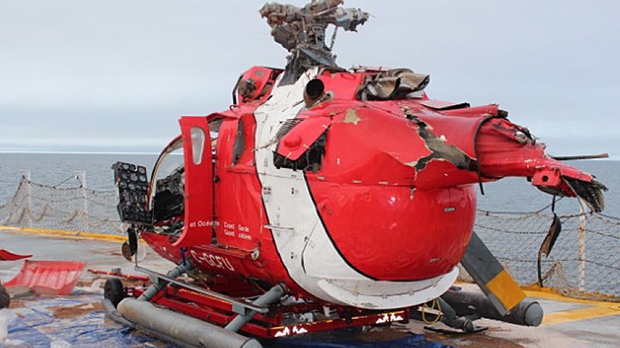 QUEBEC - The Transportation Safety Board of Canada says a strong probability of a lack of visual cues to judge altitude caused the crash of a Canadian Coast Guard helicopter that killed three people in 2013.

It had been stationed on the icebreaker Amundsen, which was sailing through M'Clure Strait in the western Arctic in September 2013 as part of a regular program of scientific study.

Those who died were Marc Thibault, commanding officer of the ship; helicopter pilot Daniel Dube; and Klaus Hochheim, a veteran University of Manitoba Arctic scientist.

In a report released in Quebec City today, the TSB said its investigation found a strong probability that a lack of visual cues to judge altitude, combined with the possibility of pilot distraction, resulted in the loss of altitude and the collision with the water.

The report also states the search and rescue operation from the Amundsen was delayed, as the vessel's crew was inadequately trained to use and interpret information from the system that tracks flights.

The helicopter was not equipped with a flight data recorder or cockpit voice recorder and was not required to. The TSB says investigators would have been able to better understand the circumstances that led to the accident had the aircraft been equipped with these systems.