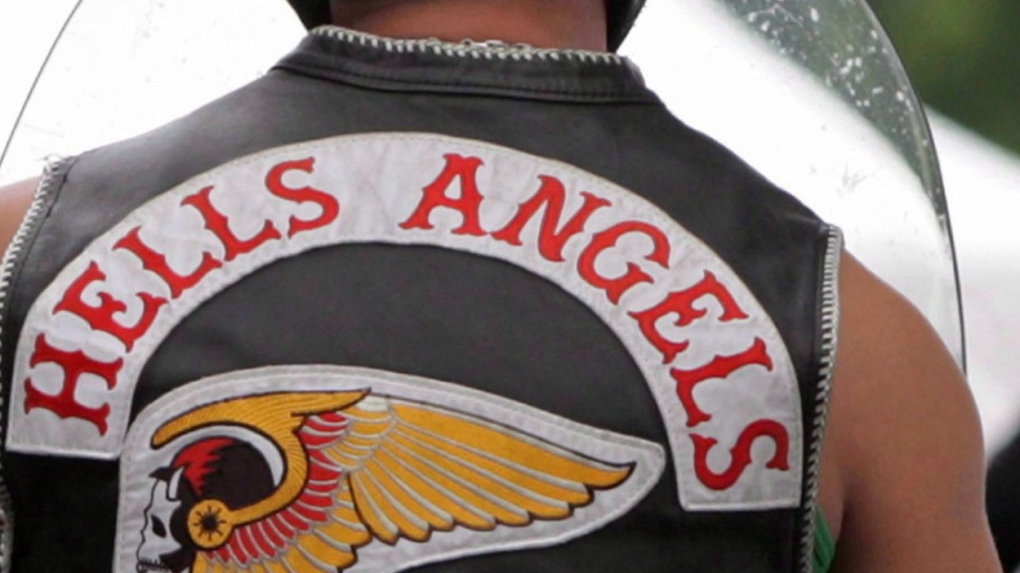 WINNIPEG -- A man who claims he was recruited by the Winnipeg police to inform on the Hells Angels motorcycle gang is now suing the police for allegedly blowing his cover which forced him to go on the run from the gang that he believes is trying to kill him.

The man, who is identified only as John Doe in a statement of claim filed in Manitoba's Court of Queen's Bench in January, said his life is in jeopardy and he lives in "constant fear" after agreeing to become a paid informant with the Winnipeg police.

The allegations in the claim have not been proven in court.

According to the claim, the man was a former prospect for the Hells Angels Motorcycle Club in 1998 in Winnipeg and Thunder Bay, Ont. Between 2003 and 2010, he served time in prison in Manitoba and agreed to become a paid informant for the Winnipeg Police Service.

The claim says he worked with WPS officers, including an officer named Grant Goulet who would visit the informant in prison and sometimes deposit money into his account.

When he was released from custody in August 2013, the claim said he met with Goulet and was given $500.

For the next year and a half, the two would allegedly meet in-person or often speak daily on the phone or by text message. The claim said the Hells Angel prospect-turned informant would give the officer tips on the trafficking of cigarettes and drugs, including cocaine and hashish.

The officer would often give him cash for the tips – ranging from $250 to $500, according to the claim.

The man claims he gave police information on major investigations including a joint RCMP and WPS operation called Project Side Show – a two-year operation that resulted in 14 arrests after raids in Manitoba, B.C., and Ontario.

Among the arrests was Sean Demchuk – a Hells Angels prospect that the man claims he informed on.

It was during this time that some documents showing the identity of the man were – according to the claim - "negligently and unlawfully" released to Demchuk's lawyer.

The claim alleges the police, in the early days of February 2015, breached the man's Informer Privilege by disclosing to the lawyer that the man had informed on the Hells Angel prospect.

"They did so in cavalier disregard of the rights of the (man) and of their duty to protect him," the claim reads.

That same month, the man got a call from his roommate, who was also a member of the Hells Angels, saying they knew he was an informant and he was "in trouble with the Club."

MAN DODGES ATTEMPTS ON HIS LIFE, GOES INTO HIDING

The man claims he went into hiding and got in contact with Goulet, as well as other WPS officers, telling them what had happened. According to the lawsuit, he was placed in the witness protection program, which provided him hotel rooms and $20 a day for food and toiletries.

After being refused an increase to his daily allowance – which he said was not enough to live on – the man returned to work as a long-distance truck driver. The claim said police allegedly kicked him out of the witness protection program because of it.

"To try to remain safe the (man) often slept in his truck or rented hotel/motel rooms," the claim reads.

He said during this time, there were allegedly three attempts to kill him which were described in the claim. During a visit to a Winnipeg mall, he claims a car drove by as someone leaned out the window and shot at him. He escaped unharmed.

Another incident happened when the man saw footprints in the snow leading to his truck parked outside a home he leased in Thunder Bay.

Under the vehicle, the man claims he found a black box with wires coming out of it and police later indicated it looked like a bomb.

After returning to live in Winnipeg, he says in the claim that he found his apartment had been broken into and a large axe was left on his sofa. He believes it was a sign someone had gone to the apartment to kill him.

According to the claim, he stayed in hiding until he was put on trial for drug trafficking charges in connection with bringing cocaine to and from a senior Hells Angel member in the summer of 2014 during a trip to B.C.

He claims that at the time, he spoke with Goulet multiple times about the trip, and Goulet allegedly told him to go ahead with it, adding that police would be watching.

In 2018, the claim indicates that the man was handed a six-year sentence, which he is currently serving.

According to the claim, the former informant is still facing threats. The claim said in April 2020, a prisoner and alleged member of a gang associated with the Hells Angels "severely beat him up," before a guard came to the cell.

"The (man) suffered lacerations to the face and damage to his teeth as a result of the beating and believed he would have been killed if the guard did not come along," the statement reads.

The claim names the Province of Manitoba, Manitoba's Justice Minister Cameron Friesen, the City of Winnipeg, the Winnipeg Police Service, Winnipeg Police Chief Danny Smyth, Goulet, and another police officer who had been involved in recruiting the man as an informant, as defendants in the lawsuit.

The man is seeking general damages and special damages for property and income lost.

The Winnipeg Police Service and a spokesperson for Justice Minister Friesen said they would not comment as the matter is before the courts. No statements of defence were filed as of Monday afternoon.