Herd immunity not guaranteed at 70 per cent population vaccination 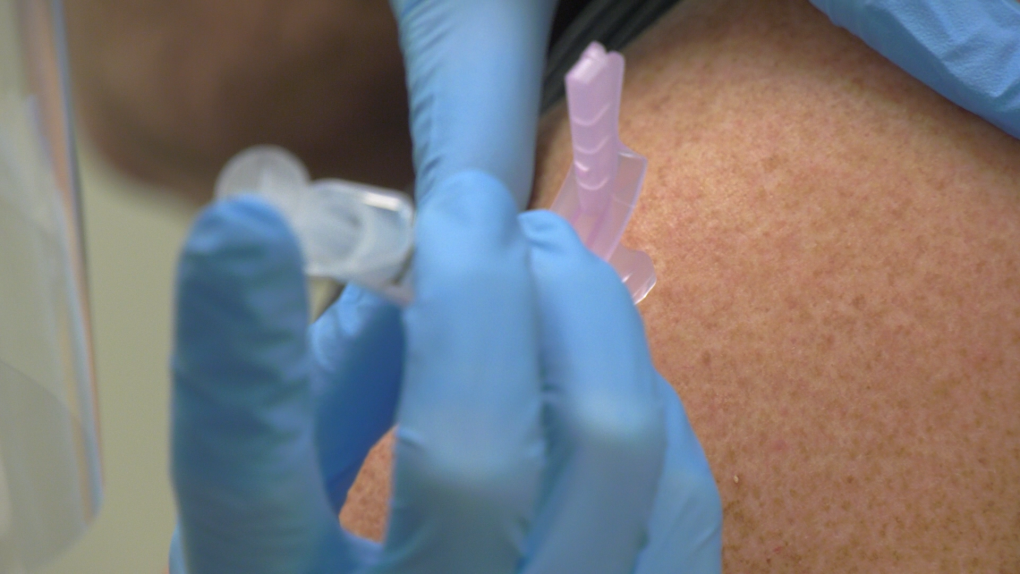 WINNIPEG -- Having the province reach the 70 per cent vaccination milestone for all Manitobans over the age of 12 won’t be enough to completely stop the transmission of COVID-19, according to health officials.

However, officials say without the vaccination rollout, the number of deaths and serious outcomes from the virus could have been much worse.

“So, even if at 70 per cent we don't have a hard stop herd immunity, we are already saving lives. We are already decreasing the height of wave three,” said Dr. Joss Reimer, the province’s medical lead for Vaccine Implementation Task Force.

“But to get there to the complete herd immunity, we really need more Manitobans, and that's going to be a combination of Manitobans stepping up to get their vaccine, and us reaching out to lower those barriers.”

Reimer said the actual percentage of Manitobans who need to be vaccinated to achieve herd immunity is unknown, but the vaccination rates above 50 and 60 per cent will benefit virus transmission patterns.

“We have prevented many deaths already because of the vaccine campaign, the number of deaths in people over 70 in wave three compared to wave two is so much better. And this wave would have been much, much larger,” said Reimer.

Johanu Botha, Manitoba’s assistant deputy manager of emergency management, said the province has enough vaccine doses to hit the 60 per cent vaccination milestone by June 9. To hit 70 per cent he said more supply is needed.

On Wednesday the province opened up second dose vaccine eligibility appointments to those who received their first dose before March 29.

As of Tuesday, 761,132 vaccine doses have been administered in the province, with 60.3 per cent of adult Manitobans receiving at least one shot and 55.8 of Manitobans 12-years-old and up.