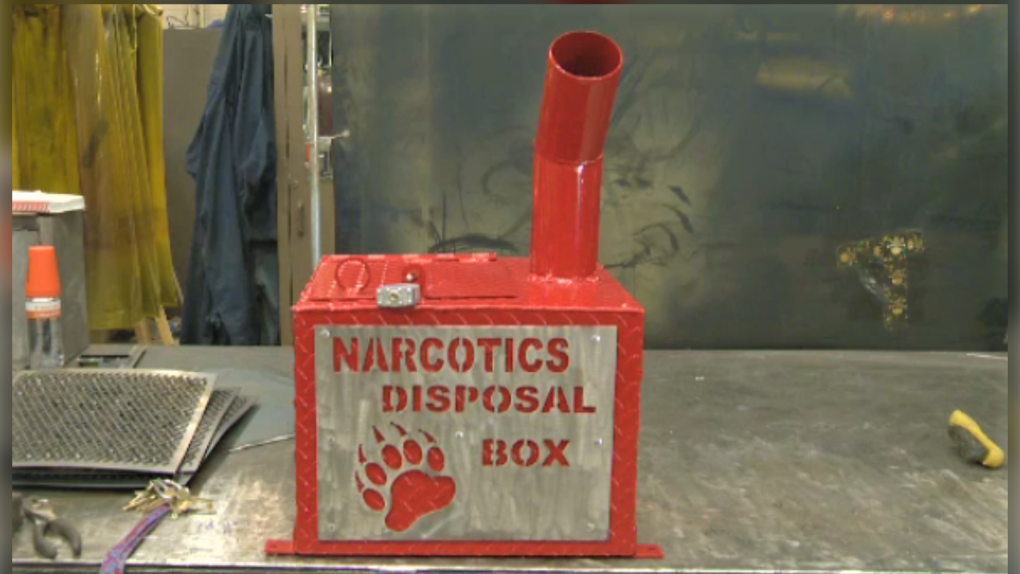 A narcotics lock box made by high school students for the Bear Clan Patrol.

WINNIPEG -- The Bear Clan Patrol has a new lock box to store the narcotics it finds, and a high school welding class made it.

"They were very eager to get on board and help keep their streets safe," said Johnston.

The Bear Clan Patrol will use the box to safely store any drugs it finds until police pick them up. 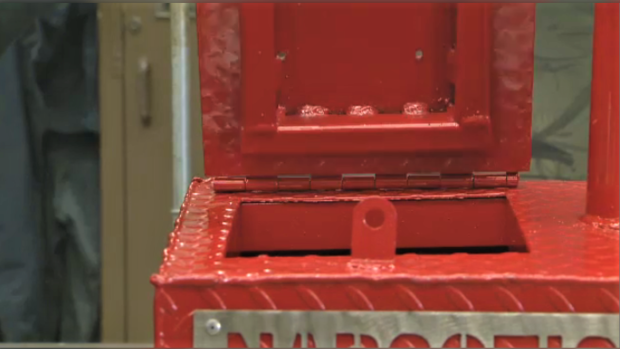 Johnston said the project started when a local police officer asked if he could come up with a lock box design.

"We've had some citizens turn in some improvised firing devices, so to have a safe location for that type of thing instead of it just sitting in an office is a pretty good thing,” said Sgt. Brian Chrupalo of the Winnipeg Police Service.

“To have a nice box where we can lock things up properly until we can get a unit to pick it up is far better than it just sitting on a desk or in a filing cabinet," Sgt. Chrupalo said. "It's locked, it's got a perfect little drop box location, and we are going to bolt it down in the new den."

In return for building the narcotic lock box, the class is getting pizza.