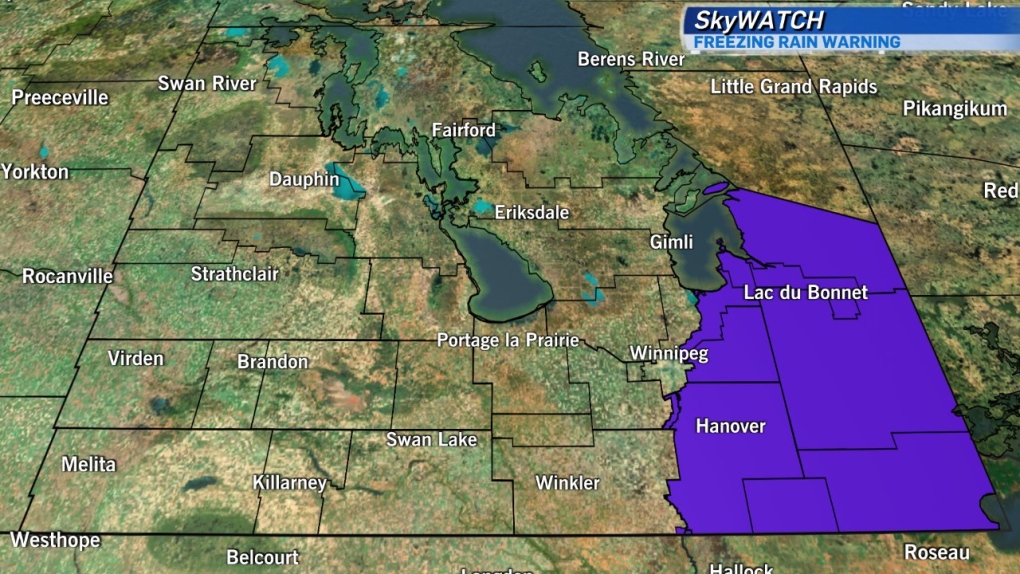 The province has reopened Highway 75 to Morris, though parts of southeastern Manitoba remain under a freezing rain warning Friday night.

Shortly before 8:40 p.m. on Friday, the province said it had reopened Highway 75 from Winnipeg to Morris. It had been closed earlier due to poor winter driving conditions.

It said a band of freezing rain is moving over south-eastern Manitoba and is likely to cause very slippery roads.

"Surfaces such as highways, roads, walkways and parking lots may become icy and slippery. Take extra care when walking or driving in affected areas," the warning reads.

It said the last of the freezing rain is expected to move into northwestern Ontario by midnight.

In Winnipeg, the city said crews are putting sand on sidewalks along regional and collector streets, and on active transportation pathways. It said it will continue to monitor road conditions, and will put salt and sand down as needed.

Updates on road closures can be found online.

Tensions soared Monday between Russia and the West, with NATO outlining a series of potential troop and ship deployments and Ireland warning that upcoming Russian war games off its coast would not be welcome while concerns abound that Moscow is planning to invade Ukraine.

A Florida man is set to appear in U.S. court today, charged with sneaking migrants across the Canada-U.S. border in a perilous human-smuggling scheme that cost the lives of four people, including an infant.

At a rally against vaccine mandates in Washington, DC, on Sunday, Robert F. Kennedy Jr. likened vaccine policies in the U.S. to the actions of a totalitarian state, even suggesting Anne Frank was in a better situation when she was hiding from the Nazis.

The senior military officer once tasked with overseeing Canada's COVID-19 vaccination drive will be in a Quebec courtroom today to face allegations of sexual misconduct.

Spanish man dies in warehouse accident after being trapped by carrots

WikiLeaks founder Julian Assange on Monday won the first stage of his effort to appeal a U.K. ruling that opened the door for his extradition to U.S. to stand trial on espionage charges.