‘His memory will live on:’ New road bears name of crash victim 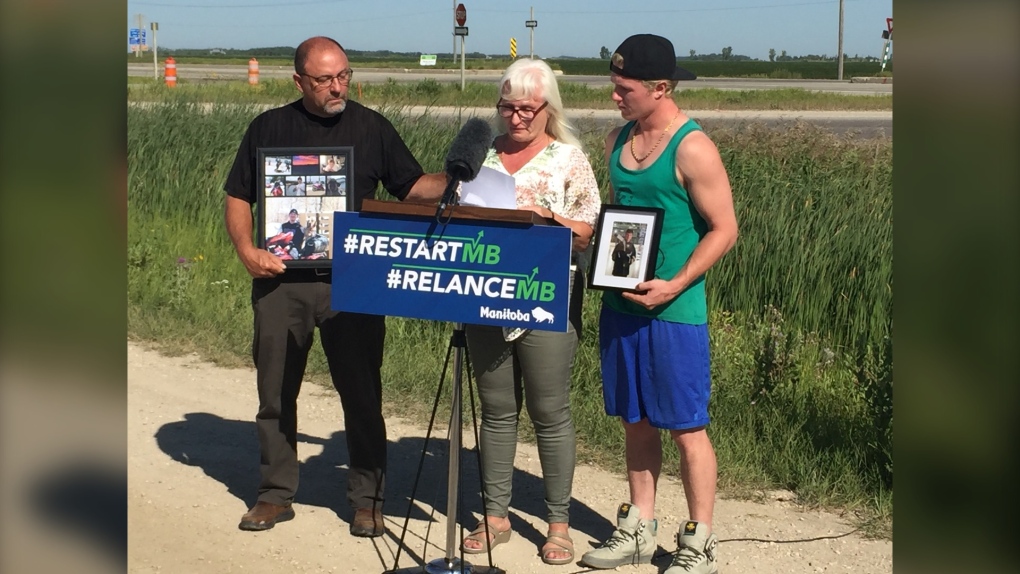 Susan Boyer, centre, mother of Ethan Boyer, speaks at an event announcing the naming of a new service road as Ethan Boyer Way on Wednesday. Ethan, 19, was killed in a collision in the area last year. (CTV News Photo Gary Robson)

WINNIPEG -- Construction is underway on a new service road to help improve traffic safety and flow for thousands of Manitoba residents.

The new road will honour the memory of a Manitoba man killed in a collision near the area last year.

“We understand as government, we understand as all of us who are drivers, that these changes might add three minutes, might add six minutes onto our drives, but also may add 30 to 60 years on someone’s life,” Schuler said.

Sue Zuk-Boyer, Ethan’s mother, was on hand for the announcement.

“This announcement does not take away the pain and the hurt that we feel every day, every second, but there is solace in knowing his memory will live on in the naming of Ethan Boyer Way,” she said.

According to a release from the province, vehicles will use a traffic signal-controlled intersection at the South Perimeter and Waverley Street to access Brady Road.

The service road is expected to be finished in November.