History of residential schools remembered by generations of Indigenous people 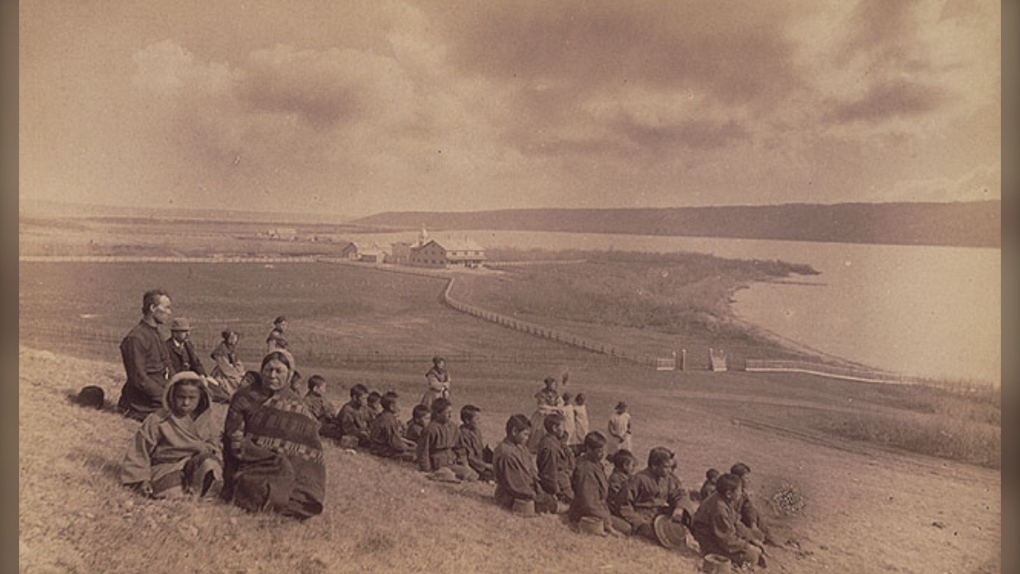 Three generations of Elder A.J. Felix’s family attended residential schools. He said his mom and dad did not like to talk about their experience at the school.

“They did state it was a very, very lonely place, and they had very strict rules. Their rules were worse than mine,” said Felix.

Felix, 75, is from Sturgeon Lake Cree Nation in Saskatchewan. He said his parents went to school in the 1930s and he still remembers the first time he was taken from his home on the reservation in the back of a farm truck to go to residential school.

He said his parents were told that his children had to go to school, “and if they don’t you’re going to have to go to jail.”

He said the intimacy and bond between his parents was lost because of residential school.

Felix’s wife Patricia also attended residential school and so did their daughters.

“I didn’t get that training, that early dawn of training of making me helper,” said Felix.

In 1876, the Indian Act gave the federal government exclusive rights to create legislation for Indians and Indian lands and in 1883 Sir John A. Mcdonald authorized the creation of residential schools in Canada’s west.

University of Regina associate professor and author, James Daschuk, said education was used as a means to assimilate Indigenous people dating back to the late 1820s.

“Out here in the west, it was a different story. I think it was a social engineering plan to destroy First Nations identity, language, and community,” said Daschuk.

He said some religious dominations were service providers for the school and the dominion government paid for that service.

The TRC website cites a complaint made in 1907, by the medical inspector for Indian Affairs in Dr. P. H. Bryce that said the health conditions in residential schools were a “national crime.”

Despite that, in 1920, the deputy superintendent of Indian Affairs, Duncan Campbell Scott, made residential school attendance compulsory for children between the ages of seven to 15. In 1931, there were 80 residential schools operating in Canada.

“From the 1950s on there was a shift to day schools, and then as the residential school program wound down in the late 1960s, Indigenous communities took over those schools and have been overseeing more and more their children’s education ever since,” said Daschuk.

Over 130 residential schools operated in Canada between 1831 and 1996. Some of the last schools to close were Gordon and Lebret schools in Saskatchewan.

Every province and territory in Canada had residential schools, except for New Brunswick and Prince Edward Island.

Nael Kewistep, 40, lives in Saskatoon and belongs to the Yellow Quill First Nation. He was one of the last teenagers to set foot in a residential school in the 1995–1996 school year. As a 15-year-old, he only spent about a week at the Lebret Residential School and said that was enough for him to figure out a way to leave and never go back there.

“It’s important for me to share some of those details with folks, especially today, just so we have an appreciation so this doesn’t happen again,” said Kewistep.

Kewistep said he experienced the effects of intergenerational trauma. He said his dad would tell him about his experience at residential school when he was under the influence of alcohol and racism and a loss of identity plagued his early years.

“I had such hatred for the colour of my skin. I did everything I could to be white,” Kewistep said. He wants the stories of residential school survivors included in Canadian history.

Today, Kewistep is the executive-in-residence at the Johnson Shoyama Graduate School of Public Policy and wants the public to know the recent history many Indigenous people struggle with.

Kewistep’s children are the first generation of people in his family not to attend residential schools.

“What I want for my kids is that they grow up to love themselves … and to know they belong,” said Kewistep.

Toronto Maple Leafs winger Mitch Marner was the victim of an armed carjacking outside a movie theatre in Toronto on Monday night, multiple sources confirm to CP24.