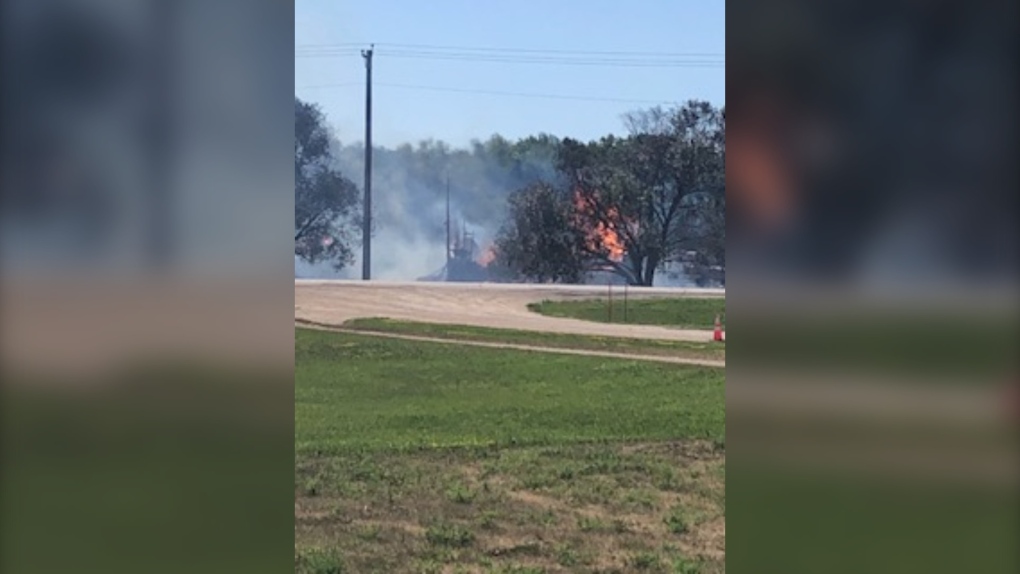 A home in St. Francois Xavier is a total loss after a fire ripped through the house. (Submitted)

WINNIPEG -- A home in St. Francois Xavier is a total loss after a fire ripped through the house, and though no people were hurt in the blaze, the local fire department says some of the owner's pets are believed to have died.

On Monday around 1:50 p.m., crews from the St. Francois Xavier Fire Department were called to a home in the 900 block of Highway 26 in the town.

"The house was well involved in fire on our arrival, it was a total loss," Russel McKenzie, the town's fire chief, told CTV News in an email.

He said two occupants and a dog were able to escape the home before the fire department arrived. McKenzie said the homeowner informed the department that three kittens were inside the house, and are believed to have died in the fire.

McKenzie said the cause of the fire is undetermined.

-with files from CTV's Stephanie Tsicos