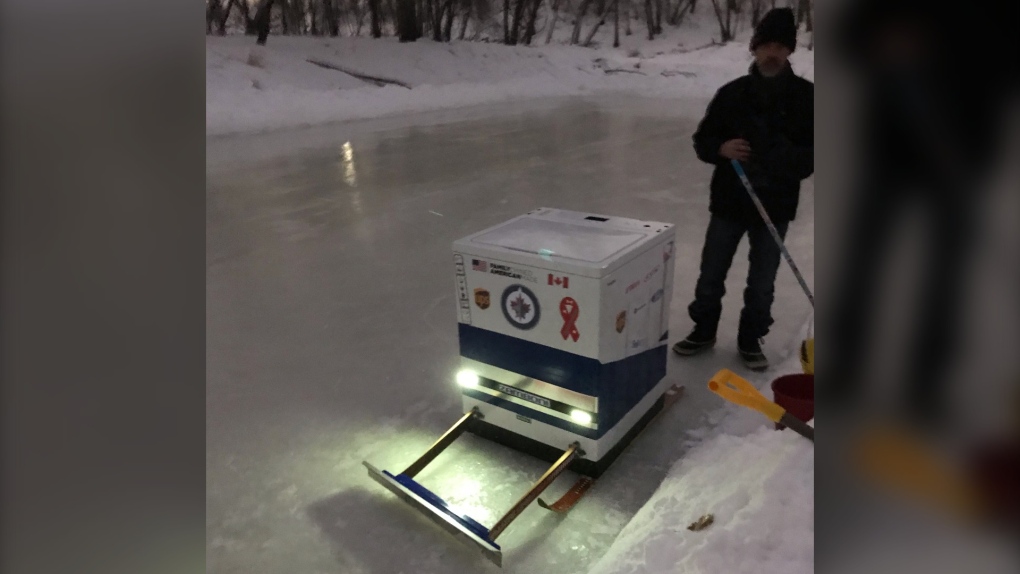 WINNIPEG -- A request for a skating rink to play hockey prompted one Winnipeg man and his son on an ambitious journey to build their own ice-surfacing machine.

Ron Theriault and his son Anthony began by clearing an area of snow on the Seine River close to their home over the Christmas holidays, but the ice soon became rough and chipped.

“Flooding the ice wasn’t working well, it was very time consuming,” said Ron Theriault. “The idea was to find a way of building a machine that you could fill up with water and (easily) move it to the river to flood the ice.”

Ron, who owns an appliance repair business, had old washing machines, some parts lying around, and a plan.

“It just seemed a shame to throw out these machines,” he said. Ron phoned his son asking for help. The first step was unloading the truck filled with supplies for the homemade ice-surfacing machine.

“There’s skis in there, there’s curling brooms, there’s all sorts of stuff and I’m like what is going on?” said Anthony Theriault. 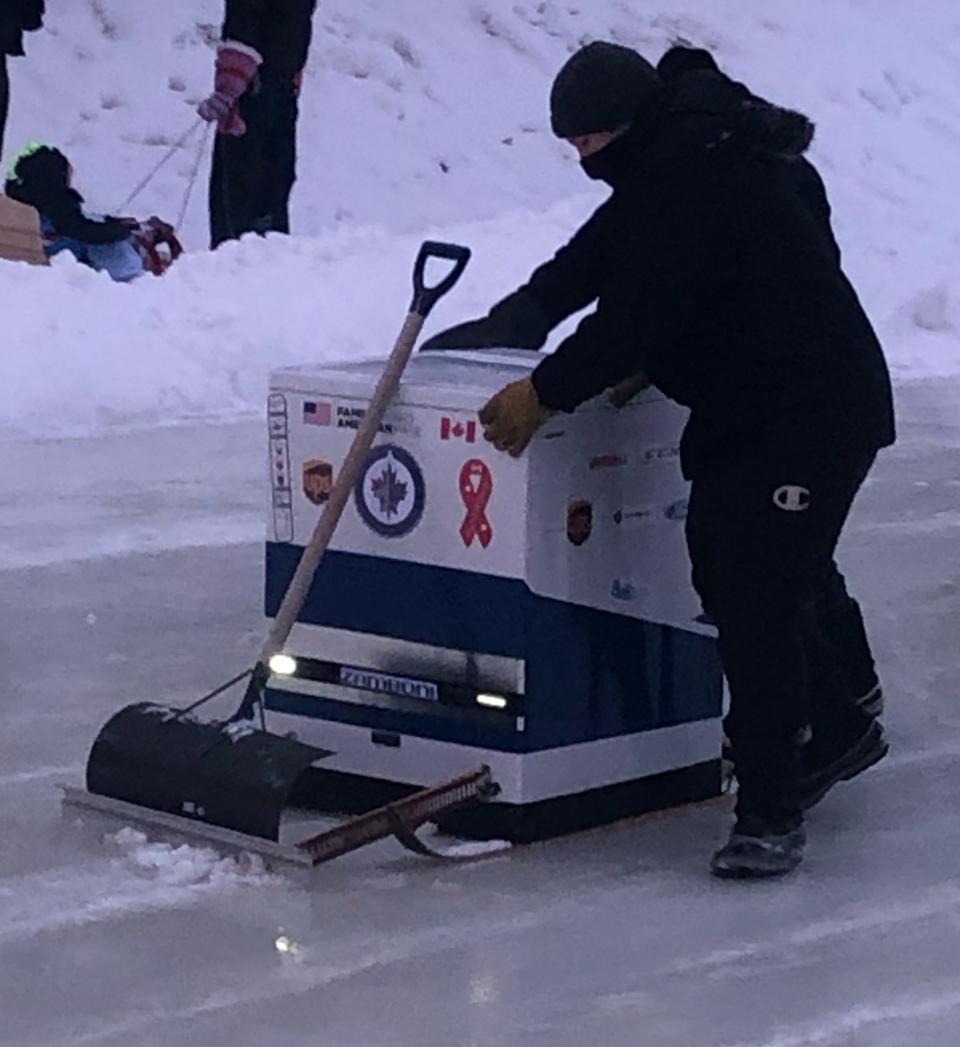 All those parts came together to create the ice-surfacing machine, which is environmentally friendly, has no moving parts, and is lit with LED lights.

It consists of a plastic washing machine tub, a manifold and valve underneath that controls water flow and distribution, material that drags behind to spread the water and skis to help move it.

It made its debut Saturday, but there were a few kinks to smooth out.

“We were originally pushing it from behind but it was so slippery that we had to start pulling it from in front, because we were just falling down pushing this thing on the ice, because it was making it so smooth,” said Anthony.

It was back to the drawing board for some modifications. Anthony said they will include a rope in the front and try to strengthen the skis.

Ron said with the machine half full of hot water it weighs about 200 lbs or 90 kilograms. He’s considering using ice cleats to help pull the homemade machine.

The father and son said their 70 x 25 foot rink is open to the public and that they might expand their ice cleaning activities to resurface the nearby ice trail.

The project exceeded their expectations, but also took more time than expected.

“It turned a one-night idea into a week-and-a-half project,” said Anthony.