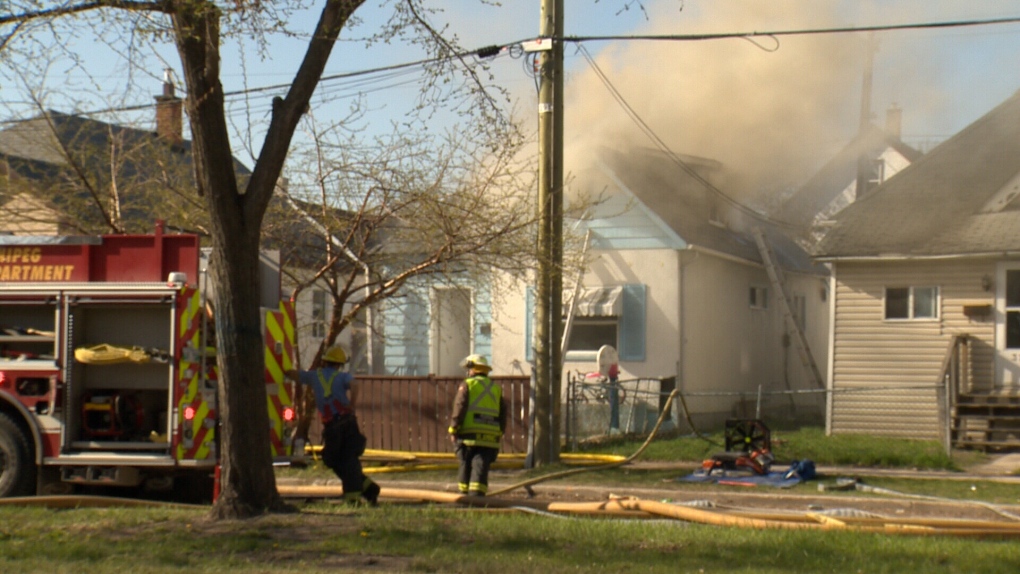 Firefighters respond to a fire at a home on Burrows Avenue on May 12, 2021 (CTV News Photo Owen Swinn)

WINNIPEG -- The Winnipeg Fire Paramedic Service battled a large fire at a home in the city’s William Whyte neighbourhood Wednesday morning that temporarily closed the street.

Firefighters were called to the house fire in the 300 block of Burrows Avenue at 7:55 a.m. Crews had to fight the fire outside of the home until it was safe for them to enter to extinguish the fire.

Images from the scene showed heavy smoke coming from the home. Thermal cameras were needed to ensure there were no hot spots remaining and the fire was completely extinguished. Crews had the fire under control at 9:30 a.m.

Everyone in the home safely evacuated before firefighters arrived, and no injuries were reported. The cause of the fire is under investigation, and no damage estimates are available.