House goes up in flames in Steinbach on Victoria Day 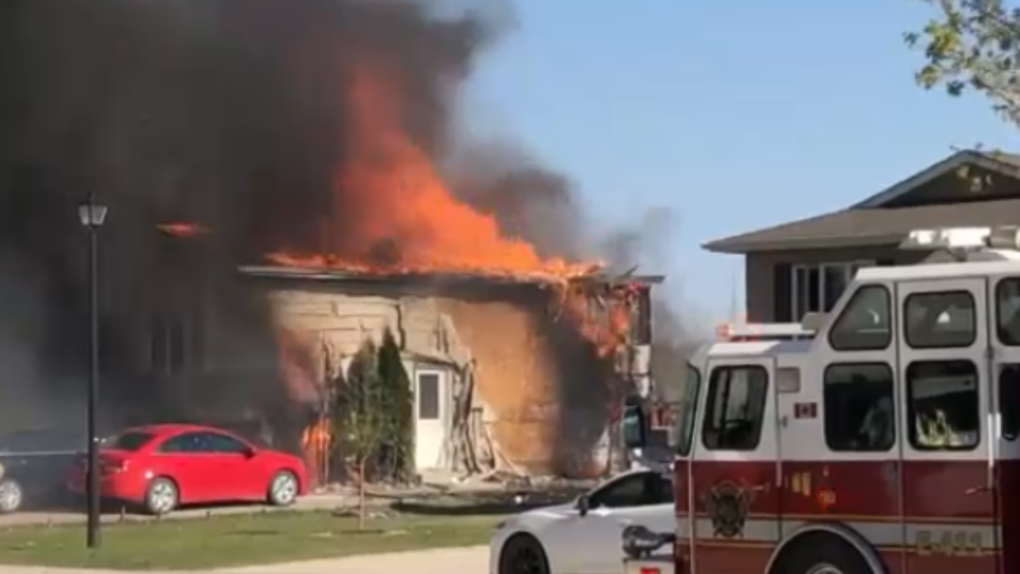 A fire broke out at a home on Whitby Crescent in Steinbach Monday, May 18, 2020. (Source: SteinbachOnline.com)

WINNIPEG -- A house went up in flames Monday evening in Steinbach.

The Steinbach Fire Department was called to the fire at a home on Whitby Crescent just before 5:30 p.m. Fire Chief Kelvin Toews told CTV News when crews arrived, the fire was coming through the roof.

He said it was extinguished fairly quickly.

The Office of the Fire Commissioner is investigating the cause of the fire.