House in Portage la Prairie goes up in flames in 'suspicious' fire: RCMP 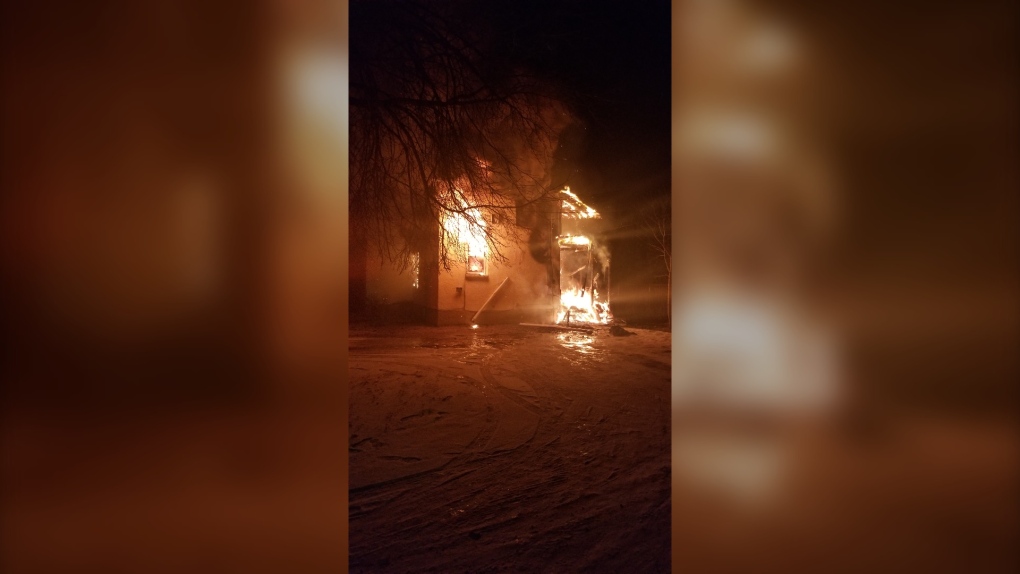 Supplied image of the fire in Portage la Prairie,

WINNIPEG -- Officers with the Manitoba RCMP are investigating a house fire in Portage la Prairie, which they are calling suspicious.

Around 3:10 a.m. on Tuesday, Mounties were called to the fire on 3rd Street NW. When they got to the scene, the house – a multi-unit structure with several units for different families - was completely engulfed in flames.

Officers said everyone inside the house got out safely, noting it took crews more than three hours to extinguish the fire.

Police said the investigation determined that the fire started on the porch, which had a lot of garbage on it before the fire.

Officers said the fire is considered suspicious and they are investigating with the help of the Office of the Fire Commissioner.