WINNIPEG -- Social media is used every day for tasks like networking, sharing pictures and finding information, but for one pair of sisters it gave them something extraordinary -- a reunion more than 30 years in the making.

Their story begins in the early 1970s, when Arlene Schick’s parents were foster parents in Winnipeg, opening their home to dozens of children in need of care.

“They love kids. They love kids, they always had kids. I think alone, just babies alone, my mom had 62 babies and then the older children and then they took in borders at the same time, like, we had people in the house constantly, was always a full house,” Schick said.

Charlene Yasinsky came to live with Schick’s family with her younger sister when she was six years old.

She said she felt love and inclusion immediately.

“You hear the horror stories all the time of foster homes. I didn't go through none of that. I was lucky with where I was,” Yasinky said.

Schick and Yasinsky spent six years together, growing up together and growing close as sisters.

And while Schick had other foster siblings, this bond was a little stronger.

“Charlene, I think, was probably the closest,” she said.

“The day they walked in, we were like this.”

When Schick was 13, her family moved from Manitoba to Saskatchewan and since Manitoba foster children cannot be moved out of province, this is where the sisters had to part ways.

The sisters grew up and in the 80s they reconnected again.

“We had gotten in touch like that many years ago, and just decided after talking for a bit we were gonna pop in on your mom and dad,” Yasinsky said.

After that, they lost touch.

Both sisters moved around as they got married, changed their last names and started families.

“I actually did put it out there on Facebook, ‘I'm looking for Charlene Verity. Anybody know her? Does she live in the city?’ But I didn't know your married name or anything and people were actually trying to help me find her, but nobody knew her name,” Schick said. Yasinsky said she had no idea she was being looked for.

Every day a question of the day is asked on the Morning Live Facebook page, encouraging viewers to voice their thoughts. On Jan. 7, Schick answered a question about cold and flu remedies.

Yasinsky would usually listen to the show while getting ready for her day, but on this particular morning she was watching and saw Schick's post. 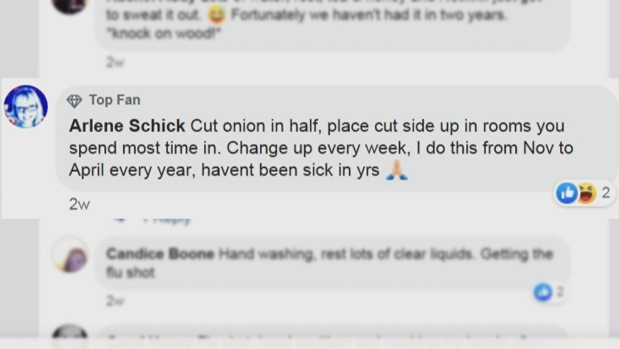 She dared to hope it was her long lost sister.

“Oh, it bugged me. I had to go back, yeah, and I started scrolling through your photos, and your mom's face I would know anywhere,” Yasinsky said.

She took the first step and reached out on Facebook, and Schick couldn't believe the message she received.

After a few messages ironing out the details and confirming their identities, the women said they were thrilled to find each other again, after 32 years.

On a mild Wednesday in January 2019, the sisters finally got to reunite at a Tim Hortons in Winnipeg. 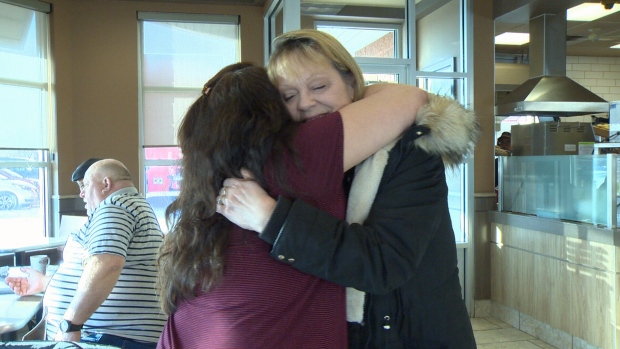 Now, both women are mothers, grandmothers, and are ready to include each other in their own families.

But there’s one more reunion to look forward to: that of Yasinsky and her 90-year-old former foster mother.

“She cried and she said, ‘Oh my gosh, I can't wait to see her,’ and you know, ‘What does she look like,’ and so I went over and showed her pictures and she's crying and I'm crying,” Schick said.

Both sisters have sworn not to lose touch again. Neither think they could go another 30 years without seeing each other. 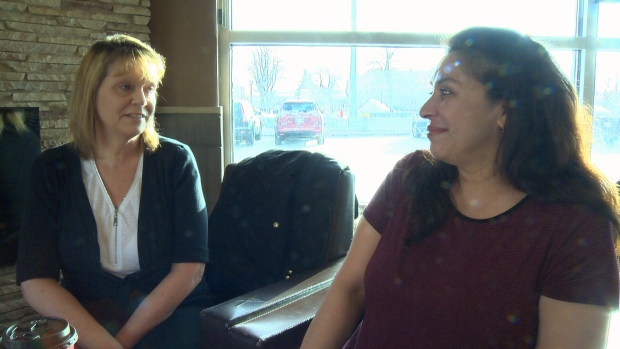