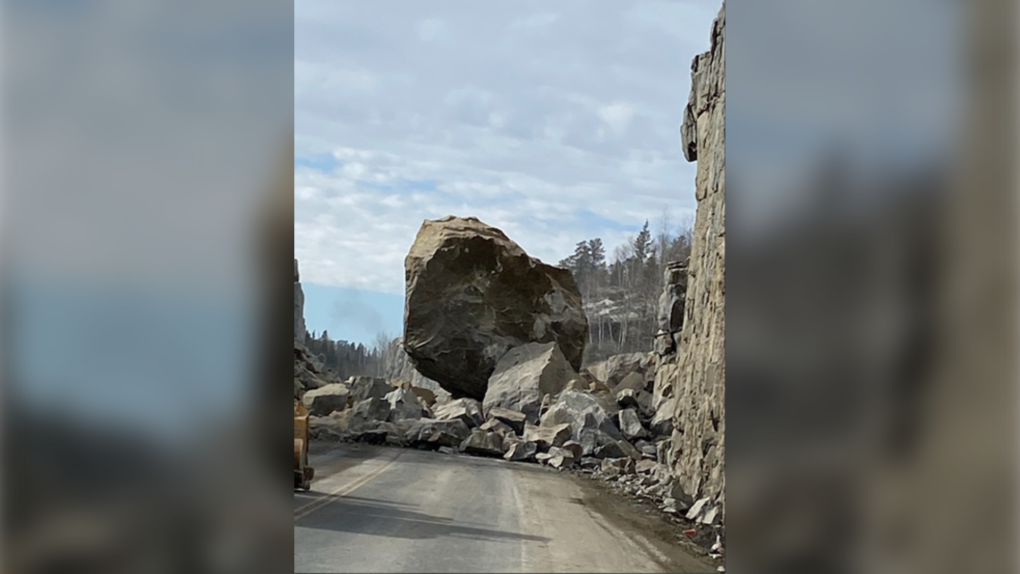 A rock mass with a volume of approximately 400 cubic metres is pictured on Highway 17A near Kenora, Ont. on March 4. The mass has since been removed. (Image courtesy: Ontario Ministry of Transportation)

WINNIPEG -- Ontario’s Ministry of Transportation said there were no injuries after a large boulder blocked off a highway near Kenora, Ont. on Thursday.

According to a spokesperson with the ministry, crews were working to remove rock in the area when a large rock mass adjacent to the excavation area slid onto Highway 17A.

No workers were injured, and the highway was closed for planned blasting at the time.

The Ontario Provincial Police were involved with directing traffic through Kenora. Highway 17A was reopened to a single lane late Thursday.

The spokesperson said drivers should expect full highway closures a couple of times a day for scheduled blasting between now and June 2021. The closures will last approximately 20 minutes at a time.