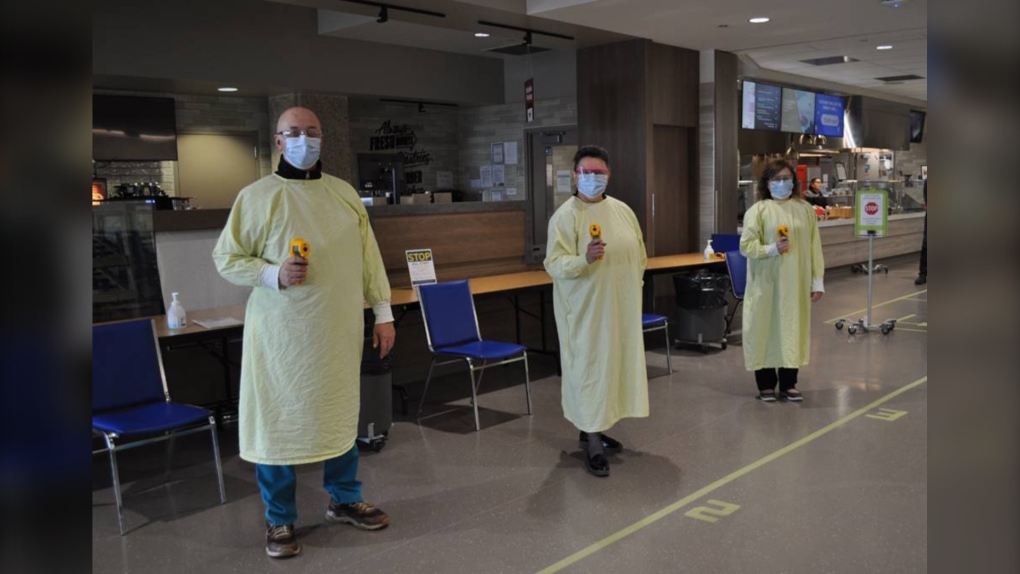 WINNIPEG -- When hospitals in Winnipeg first started planning for COVID-19 response, Grace Hospital had an empty ward on the fifth floor which used to house the hospital’s mental health program.

Shelley Keast, the executive director for clinical services and chief nursing officer of the Winnipeg West Health Campus (which includes Grace Hospital and Access Centre), says it was rapidly converted into a 21 bed COVID-19 positive unit.

“We had to stock it with equipment and monitors and beds and blood pressure machines and everything — we had to to get it up and running,” Keast said.

The unit can easily be seen from the outside, because the isolated unit has a big red heart in the window.

Preparing the space was just one part of preparing for the arrival of a pandemic virus, an experience Keast described to CTV News as both terrifying and humbling.

“It was overdrive immediately,” she said. 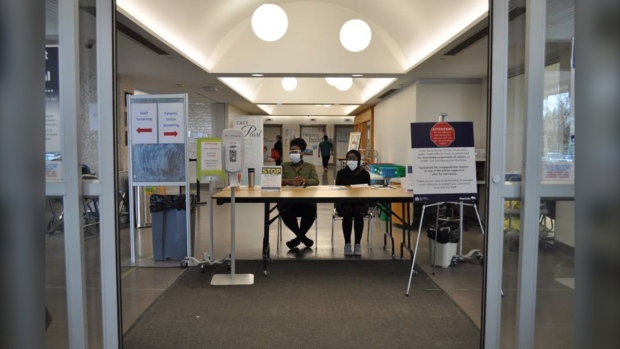 To name a few things about staff preparation, Keast said people from all specialties and departments were brought up to speed on how to support a specialized medical unit if needed, and everyone was educated early on about proper personal protective equipment use.

Still, Keast said there has been fear among hospital staff because they had seen outbreaks happen so quickly in other cities.

“We could feel the less volume of patients, but a higher stress level because they were just waiting for what could happen.”

“They were waiting for that shoe to drop,” she said. “And when they did admit the first COVID patient, it became a hard reality, a little bit of a shock value.”

At its highest, the COVID unit at the Grace Hospital has had 3 admitted patients at one time, and Keast said the third patient was there briefly.

“We have had the gift that we have only had a small number of COVID positive patients, and a controllable number of suspected cases at one time.”

Having suspected cases inside the hospital is where the real fear has been, she added.

“Trying to support the patient, trying to care for your own health, trying to communicate while wearing a mask is not your normal communication — that’s a challenge.”

Keast said the way hospital staff have been managing their fear has been inspiring.

The hearts covering the windows of the hospital with inspirational quotes is the most visible example. Keast says staff did that on their own to lift morale. 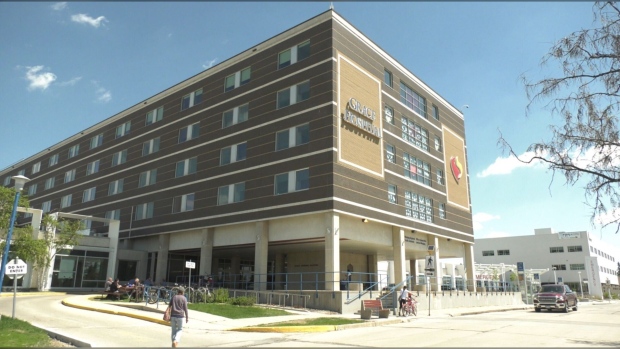 “Every day I was impressed,” she said.

To describe how staff are managing their fear, she used words from those on the front lines.

“They would arrive to the building, they would take a deep breath,” she said. “And really, it was a deep breath of courage, because what they did was, they leaned into their fear instead of running from it.”

Right now, there are no COVID-19 patients hospitalized or admitted into the ICU in Manitoba.

“There is a sense of, ‘okay, we have a moment or two to breathe,’” said Keast. “But we did not stand down, we are standing aware.”