How secondary suites can be beneficial to Winnipeggers 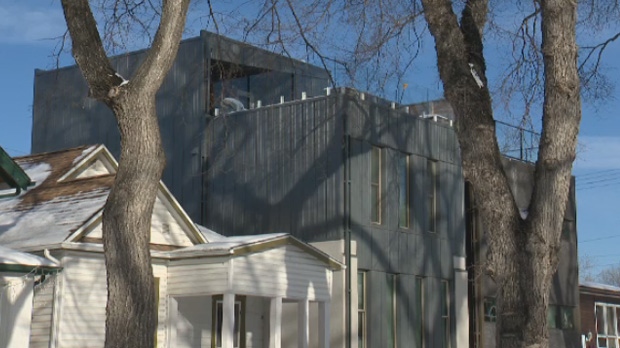 WINNIPEG -- A group of Winnipeg homeowners learned the foundations of building and renting out secondary suites Wednesday night.

She gave a presentation entitled “Living the Suite Life” at the Cindy Klassen Recreation Centre to around 30 people, including St. Boniface councillor Matt Allard.

Secondary suites, or granny units, can be attached to a home or built separately on gardens and garages.

Kucas discussed how to navigate bylaws, finance construction and rent out units. She suggested homeowners budget around $100,000 to build a secondary suite and that once complete it can fetch around $1,200 in rent.

The event was organized by Yes In My Backyard Winnipeg (YIMBY), which advocates for infill housing. Allard said he attended the presentation because he was interested in the work being done by YIMBY.

“The fact of the matter is as a city increases in population in order to provide affordable housing for all, we have to build more units on the same area of land,” said spokesperson for YIMBY Dylon Martin.

“Infill and housing redevelopment that is denser and more mixed-use allows people to make better use of transit or to walk or to bike,” said Martin.

“If you can maximize the land you already have, or the land people are already working with and create more space, that is an elegant solution to a complicated problem,” he said.

However, some community members have expressed concerns over the years that infill housing changes the character of a neighbourhood. But Martin said he thinks the issue is misunderstood.

“We have this problem where only opponents show up to public engagement, and I think that presents a distorted picture when it comes to broad public opinion,” he said.