HEADINGLEY, MAN. -- Elmer Deato and his wife got married in the nick of time this past weekend, just before stricter public health measures aimed at curbing the spread of COVID-19 took effect Monday in Winnipeg and surrounding communities.

The new measures under the restricted (orange) level of the Pandemic Response Plan limit gathering sizes to a maximum of 10 people indoors and outdoors. The rules, which apply to funerals and weddings, are seen by some as a setback to industries already hit hard by the pandemic.

“This was basically the last resort,” said Deato. “If this wouldn’t happen in Winnipeg, then we were basically just going to try and move the wedding to probably next year.

“When we didn’t know that it was Monday, that’s when we started panicking.”

The panic turned to relief Friday when they learned the wedding scheduled for Saturday could go ahead as planned. They celebrated the day with friends and family at The Gates on Roblin who sat at physically distanced tables split into two separate cohorts, allowing the couple to have around 90 guests.

“Everything worked out in the end like it was meant to be,” said Deato.

Gates on Roblin general manager Ray Louie said he is glad it worked out for Deato and his wife, but he said of three weddings planned for this coming weekend, only one is going ahead under the new rules with 10 or fewer people. Two others have been cancelled, at least for now. The rules are expected to remain in place for a minimum of four weeks.

“We had weddings and events booked all through October. We’re cancelling about 32 separate events or helping them downsize to the 10-person regulation,” said Louie. “The couples have to scramble to figure out what they’re going to do because there are guests in town, literally, for this weekend’s weddings.” 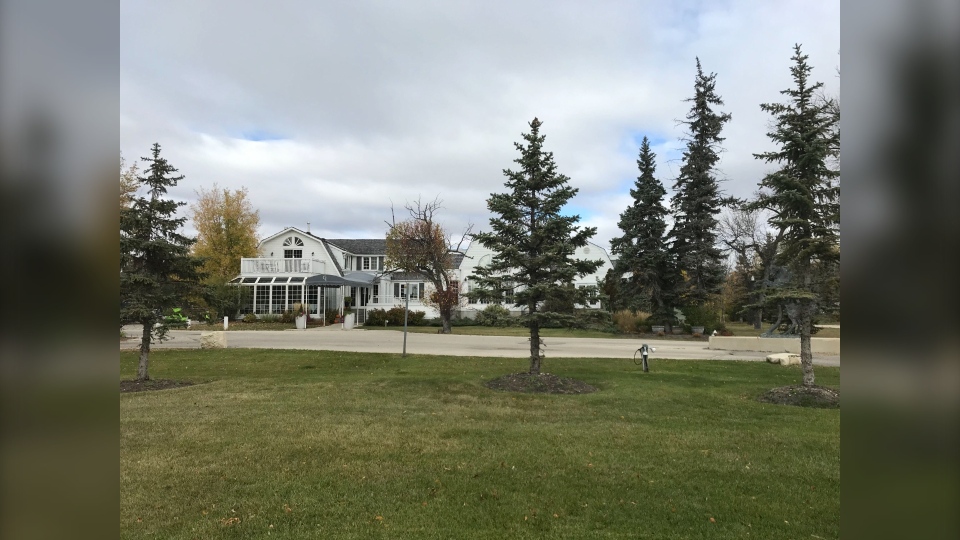 Kevin Sweryd, president of the Manitoba Funeral Service Association and a funeral director at Bardal Funeral Home, said he’s concerned about the impact on families grieving the loss of a loved one.

“When you’re restricting services to 10 people, there’s a line you have to draw about who gets to come to the service and who doesn’t,” said Sweryd. “Or, if you do services at different times for different groups of family members, it’s just not the same experience that funerals were intended to give.”

Sweryd said when gathering sizes were increased to 50 people, more funerals were held.

He said he sympathizes with families who’ve decided to postpone services which would’ve been held earlier in the year in hopes of having a memorial this fall.

Still, he acknowledged there are some within the industry who feel larger funerals could be held safely by proceeding with physical distancing and getting attendees to follow public health guidelines.

“It’s difficult because you don’t want to be the funeral home that has an outbreak linked back to it because somebody showed up and you had people,” said Sweryd. “I think if funeral homes were able to practice the same kind of social distancing recommendations that we read about for restaurants and even nightclubs, then I honestly would advocate that if (funeral homes) would be able to provide the safety measures that the province requires, that we look at maybe going to 25 or 50.”

Louie also feels there’s a way to continue to do weddings with more than 10 people.

“There is encouragement to wash your hands as much as possible,” said Louie. “It is restaurant-style dining. Seated only. You sit at your table which is socially separated two metres from the next table. You dine. You eat. There is no dancing. The dance floor is closed. We put tables right on the dance floor.”

“After you dine, you can listen to music. You can talk amongst your table, but it is restaurant dining.”

When asked why funerals and weddings are any different than restaurants and bars, Manitoba’s chief provincial public health officer said public health interventions are aimed at group sizes because of the increased risk of transmission.

“We’re working now to try to improve that so it’s very likely we’re going to see more interventions on it,” said Roussin, of the restrictions on bars and restaurants. “It’s been challenging right from the beginning, but these measures are here to reduce the impact at the provincial level.”

Roussin said he’s not aware of any cases of COVID-19 spreading at a wedding in Manitoba, which he attributes to the province’s tight restrictions. He said there have been cases linked to funerals in the province.