How you can help Winnipeg become Canada’s kilt skate capital

WINNIPEG -- Winnipeg has long been known as the Slurpee Capital of the World, but now a group of residents is hoping to skate their way to a new title.

The St. Andrew’s Society of Winnipeg is hoping that Winnipeggers take part in the Great Canadian Kilt Skate: Home Edition, and help Winnipeg land the honour of being named the Kilt Skate Capital of Canada.

“We here at the St. Andrews Society have been putting on this event, usually at an outdoor rink or an indoor rink over the years, said Cathy Laver-Wright.

“But because of the restrictions this year, the organizers decided we’d do something called the ‘home edition.’”

The Great Canadian Kilt Skate began in 2015, with people taking to the ice in their kilts as a celebration of Scottish heritage.

For the home edition of the event, participants are asked to find their own safe place to skate, whether it is a backyard or community rink, while donning their kilts and tartans. 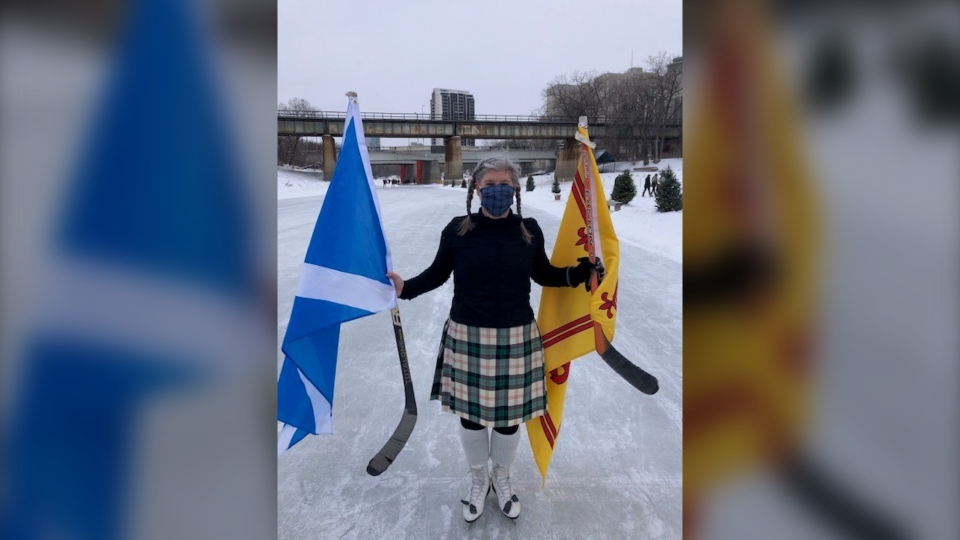 Based on how many people participate compared to other competing cities, such as Calgary, Ottawa and Saskatoon, Winnipeg will have the chance to become the kilt skate capital of the country.

“You do your skate, you take some photos, and then you post those photos to social media with the hashtag #kiltskate2021WPG #OttScott or #ScotlandIsNow,” said Laver-Wright.

Laver-Wright added participants don’t need to be Scottish in order to take part in the event.

“You need Scottish spirit, which all of us have inside us,” she said.

With Winnipeg currently under a cold snap, Laver-Wright noted that skaters can wear their long johns.

“The motto is: Our masks are on but our knees are bare,” she said.

“I haven’t bared my knees yet this winter; it’s been kind of cold.”

More information on the Great Canadian Kilt Skate can be found online.

- With files from CTV’s Michael Hutchinson.