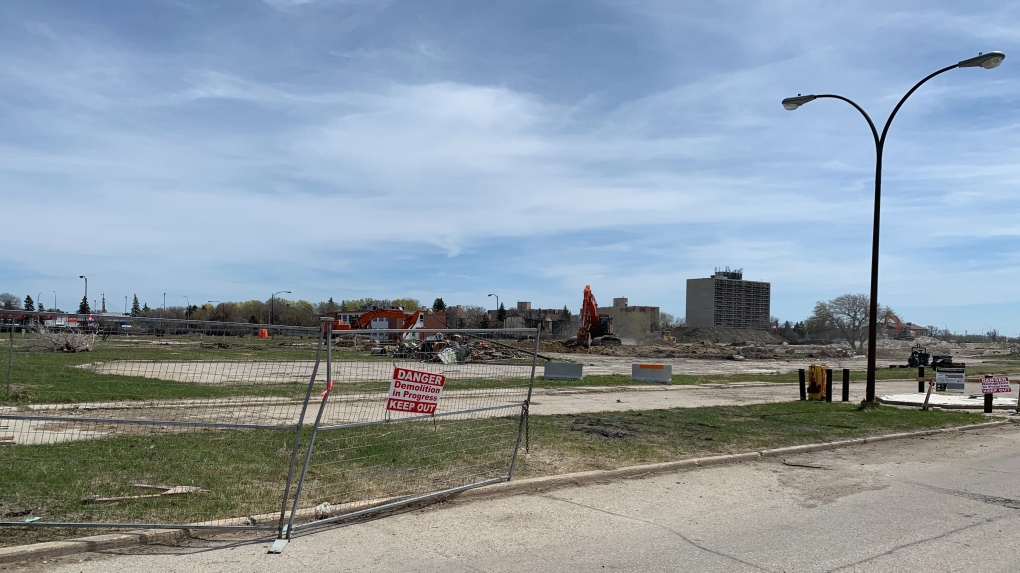 The former Kapyong Barracks in the process of demolition in Winnipeg on May 19, 2020. (Source: Jamie Dowsett/ CTV News Winnipeg)

WINNIPEG -- Conceptual street networks, community and commercial spaces, a mixed-use village, and space for sports and recreation are some of the ideas being proposed for the future development of the former Kapyong Barracks in Winnipeg.

Manitobans can now give their feedback on these proposed plans as online public engagement begins. The Treaty 1 Development Corporation, along with the Canada Lands Company has launched a project website that gives Manitobans a look at what could fill the approximately 160 acres of land that makes up the former barracks.

An online webinar has also been scheduled for Wednesday, June 17 at 7 p.m. People can register for the webinar on the website.

"On behalf of the Treaty 1 First Nation Chiefs, I am pleased to present our communities and Manitobans with a draft Master Plan reflecting our aspirations for this landmark re-development in Winnipeg,” said project chairperson Chief Dennis Meeches in a news release.

“This coming together in unity will ensure lasting benefits for all.”

This comes after the federal government and the Treaty 1 First Nations reached a settlement agreement in August 2019.

The Treaty 1 Development Corporation said the master plan for the redevelopment is scheduled to be completed by the fall.

It said the Department of National Defense has outlined a demolition plan for the existing site which includes demolishing all structures and buildings, removing any underground infrastructure, and environmental remediation of contaminated areas.

The demolition is set to be completed by the end of 2021.

The website said construction for the first phase of the former Kapyong Barracks redevelopment could begin in the summer or fall of 2021.

-with files from CTV's Jeremie Charron and Josh Crabb