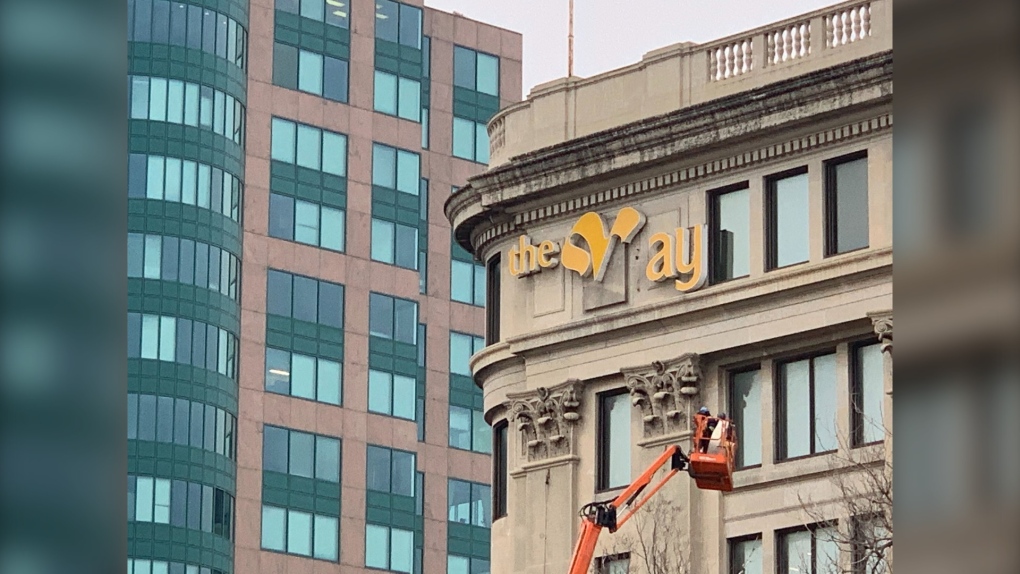 The sign from the Hudson's Bay Company in Winnipeg is taken down on Dec 11, 2020. (CTV News Photo Jamie Dowsett)

WINNIPEG -- The end of an era in Downtown Winnipeg has officially occurred.

On Friday, crews were removing the sign on the exterior of the Hudson’s Bay Company store in Winnipeg.

A crane could be seen removing the logo from the top floor of the building. 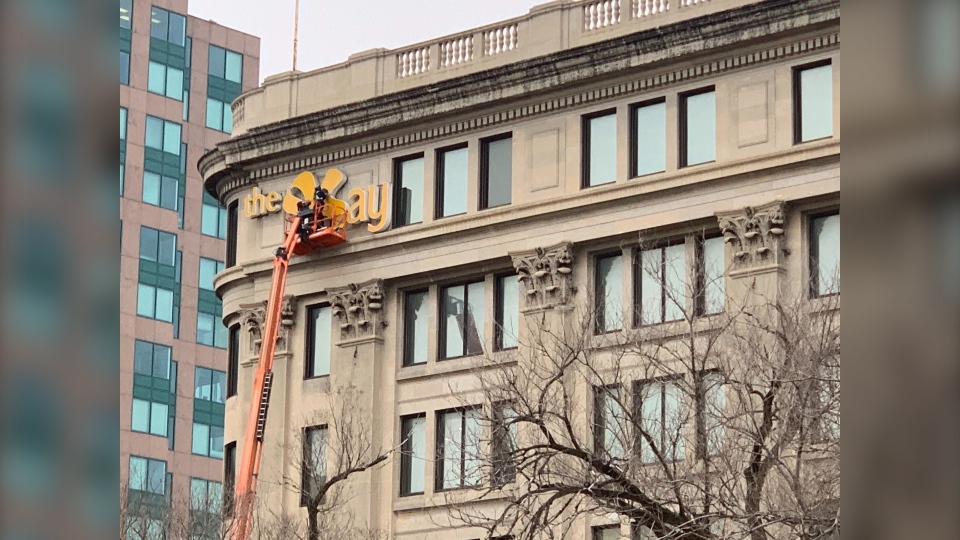 Hudson’s Bay Company closed its doors on Nov. 30, earlier than originally anticipated. The store was originally set to close in February 2021 due to changing consumer behaviour and changes to where people shop.

The store opened in 1926, but over the last several years the store and building had faced problems. A recent appraisal of the building from a real-estate evaluator said the building was worth $0.

-with files from CTV’s Devon McKendrick. 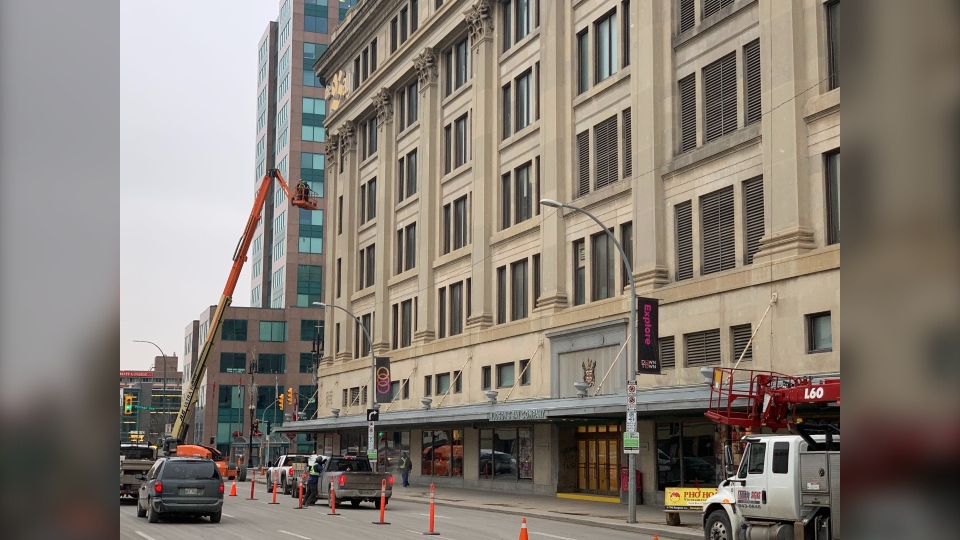