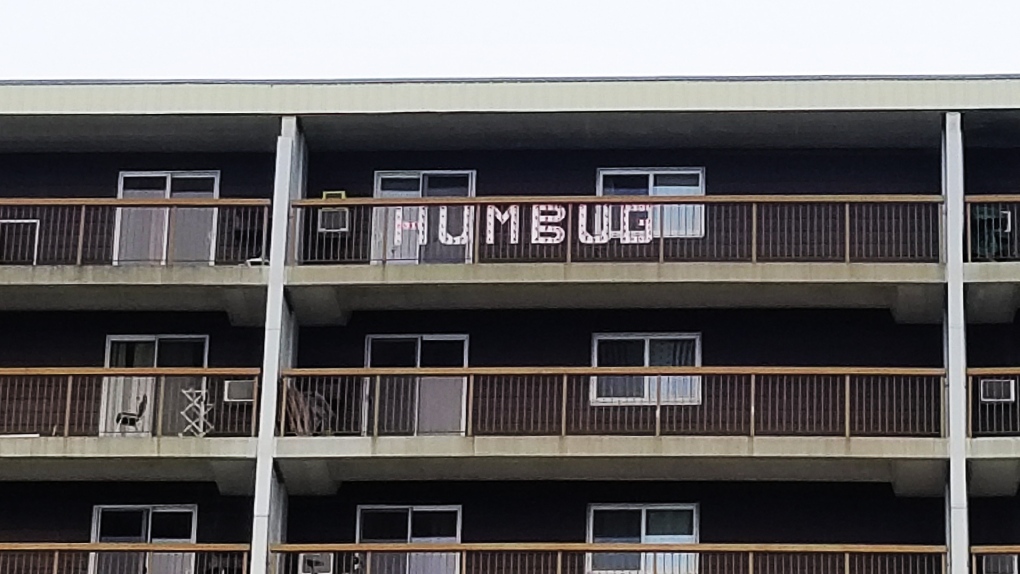 WINNIPEG -- The 'Humbug' sign on a Polo Park area apartment block has become a tell-tale signal of Christmas in Winnipeg, but contrary to what the sign’s message may imply -- this tradition was started decades ago out of a love for the holiday season.

Nearly 50 years ago, in 1973, Sid Farmer wanted to display his Christmas spirit in a different way than the ‘Merry Christmas’ and ‘Happy Holidays’ signs that flooded his neighbourhood each year.

Sid’s son, also named Sid Farmer, told CTV News that was when his dad had the idea for the now-iconic sign.

“First of all, my dad loves Christmas – just for the record. He was a huge believer in Christmas,” Farmer said. “He loved all the treats, and all his grandkids, and all those other types of things, but he wanted something different to be on display.”

Farmer said his dad had the sign built by some family members and hung it up on the balcony for all to see.

It stayed there for eight years, before Farmer moved apartments. The sign moved with them to its current home on the balcony of the Ashbury Place apartments on the corner of Ness Avenue and Century Street.

When Sid moved out of the apartment in 2001 to live in a care home, Farmer said the caretaker asked to keep the sign.

“I said ‘You know what? This is where the sign belongs, where the most people can see it.’”

The sign is still hung on the balcony each year, though Sid said the current owner is a very private person. Sid said his dad had no idea the Christmas tradition he had started in the city.

“He just wanted something different to help celebrate Christmas -- so that’s what he came up with,” Sid said. “The word humbug to many people means not having the spirit of Christmas -- but that is so far from the truth. He was a huge supporter of Christmas and all the stuff that went with it.”

The sign is on display at the Ashbury Place apartments and can be seen from Century Street.