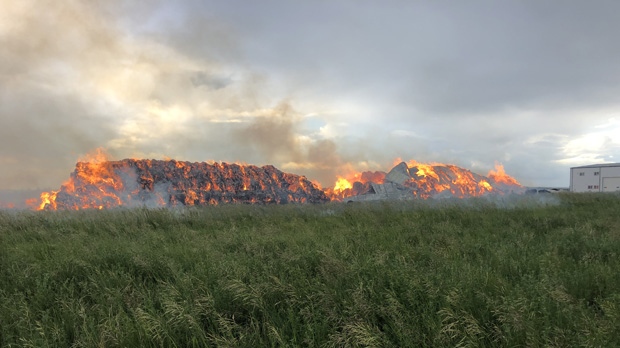 A malfunctioning piece of heavy machinery is being blamed for sparking a fire on the property of a hemp plant in Gilbert Plains, Man.

He said flames broke out in a pile of hemp that had been lifted from a grinding machine. Sparks then fell to the ground, which caught fire. He said the fire then spread to a bale storage shed east of the main plant, igniting about 300 bales, and destroying the building.

Musey estimated another 200 bales outside of the shed were also destroyed by the fire.

The blaze was brought under control before it could spread to the plant.

About 15 firefighters were on hand to fight the blaze and they were expected to remain on the scene until late Tuesday night.

No damage estimate was available Tuesday.